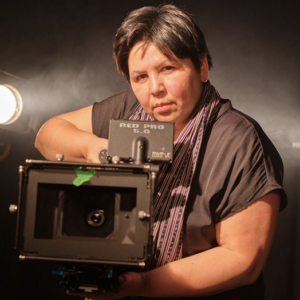 Moviegoing is back. And Portland’s independent filmmakers are telling stories that many audiences—particularly white ones—have never seen before, including what it’s like to be a Black woman hiking with chronic pain or a Pakistani couple on a date at a McDonald’s.

Willamette Week profiles the storytellers and stories from a dynamic group of emerging local filmmakers. Continue reading... “Five Filmmakers Who are Reshaping the Cinema of the PNW”

LOWER BOOM, a Portland, Oregon based studio that innovates in the production, distribution and marketing of micro-budget films, announces the release of the soundtrack for it’s newest film, JOAN. The score, composed and produced by Mark Orton, is available as a beautifully packaged CD and also available worldwide at all digital stores and streaming services including iTunes. Continue reading... “LOWER BOOM Releases Soundtrack For Newest Film: JOAN”