The five minute cut of SOLE DOCTOR has qualified for 2020 Academy Award consideration (for documentary short subject) after screening theatrically in New York and Los Angeles alongside Gene Graham’s “This One’s for the Ladies.” The full 11 ½ minute version of the film is available online at www.soledoctorfilm.com Continue reading... “Academy-qualified SOLE DOCTOR Is Now Available At Amazon Prime”

Derek Freese Documentary Fund (DFDF) provides production support for feature-length documentary films that have both a strong narrative and compelling story, across a broad spectrum of subject matters. This award is given biennially to an independent filmmaker and provides up to $35,000 in finishing funds. 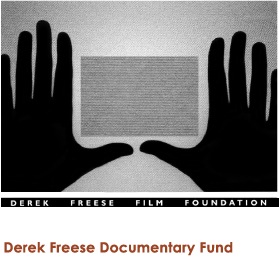 Perfect Arc Productions is a newly founded crew of extremely talented graduates who decided to push forward and develop on our own. Working with the resources of testimony and case file facts we are diligently pursuing the producing and filming of the people to came together, using modern technology and  the tenacity of the detectives  to give this 42 year old case the rest it so desperately deserves. Continue reading... “Case 71; a Perfect Arc Productions piece”