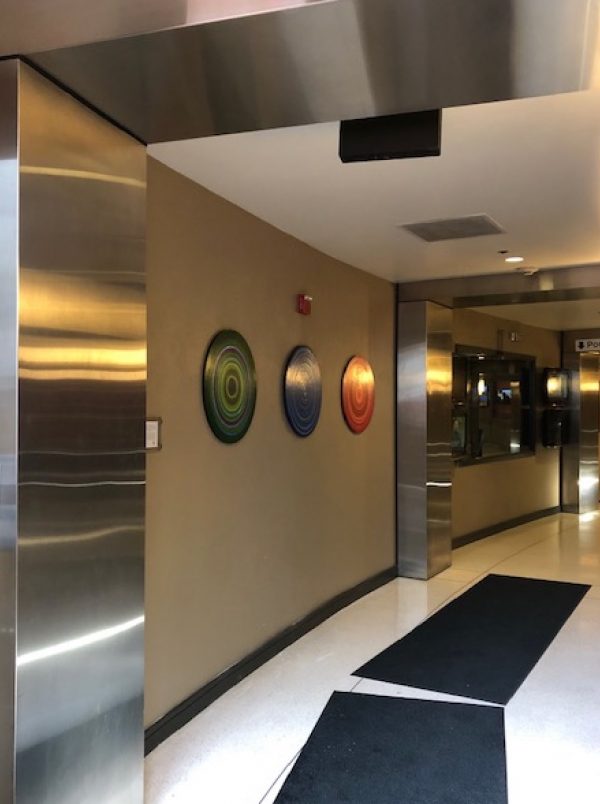 Since its first filmed project (“The Fisherman’s Bride” released in 1909) Oregon media production has expanded to thousands of movies, television shows, documentaries, animation projects, commercials, music videos, and video games. The industry has kept production crew, talent, and services thriving in Oregon.  Coming off Oregon Film office’s 50th-anniversary celebration last year, we wanted to create a lasting acknowledgment of our hard-working production professionals so we teamed up with Open Eye Art to create this community art project.  Each individual circle of color you see on the plaques to the left was made by hundreds of Oregonian production professionals that gathered at the OMPA Source Book release party last month and tried their hands at spin art.  Continue reading... “Portland’s Living Room Has Some New Art! #OregonMade Community Art Piece Installed At Pioneer Courthouse Square” 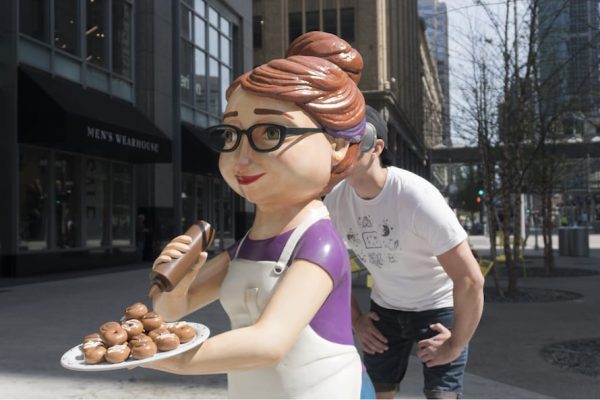 Portland’s creative agency, Wieden + Kennedy, and  pioneering animation studio, HouseSpecial, have together created an interactive tourism campaign that is currently traveling the country, along with their (slightly) larger-than-life “Portlanders!” 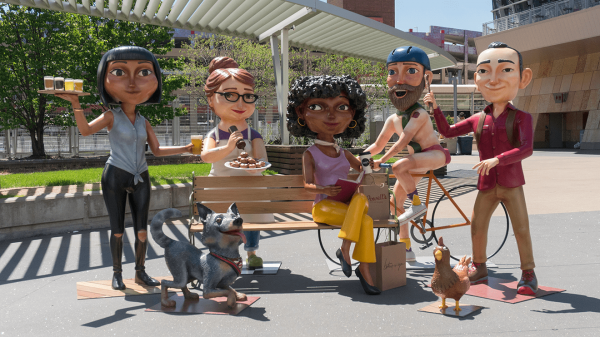 The collection of statues will be touring selected cities around the US.  The public can peek into the back of their heads to view a VR-like experience of animated shorts that portray a whimisical Portland.