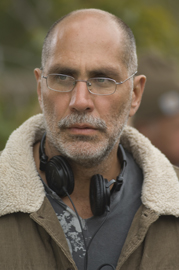 Director Guillermo Arriaga is returning to Oregon, where he filmed “The Burning Plain” in Portland and Coos Bay in 2008. The film featured Academy Award-winner Jennifer Lawrence in her first starring role, alongside Charlize Theron and Kim Basinger. At the Bijou Cinemas and Northwest Film Center, Arriaga will present The Burning Plain and, only at the Bijou, the film he wrote and Tommy Lee Jones directed, The Three Burials of Melquiades Estrada (2005). While in Oregon, Arriaga will also give the Bartolomé de las Casas Lecture in Latin American Studies at the UO and a public talk at the Oak Hill School. Continue reading... “Cinema Pacific & Northwest Film Center to Screen “The Burning Plain” with director Guillermo Arriaga”

Once again in April Oregon is home to a series of great film festivals in consecutive weeks.  The eleventh annual Ashland Independent Film Festival is happening April 12-16. This year the festival is honoring acclaimed director Julie Taymor.  With Ms. Taymor’s experience in both live theater and film, it makes perfect sense that Oregon Shakespeare Festival Artistic Director Bill Rauch will join Ms. Taymor on stage for a certain lively and engaging discussion.  Other filmmakers expected to be in attendance include documentarian Ondi Timor and director Lynn Shelton.  Continue reading... “Great Film Festival Programming in Ashland and Eugene Coming in April”

When Richard Herskowitz called me to let me know that he was able to get Terrence Chang and David Linde to speak at this year’s Industry Symposium, I leaped at the chance to participate.  It is very rare for an event in Oregon to have one person with this much industry experience let alone two people.  And the best news is that the entire event is FREE!!!!! Check out the line up below and also check out all the other great things happening this year at Cinema Pacific.  Continue reading... “Cinema Pacific’s Industry Symposium Open to the Public”

Either as a viewer of film maker you can visit these sites below to view the lists of films showing at the festivals.   At Cinema Pacific, you get the chance to watch not only some interesting films from China but on Thursday April 7 the festival is hosting an interesting industry symposium featuring some top level producers including the producer of all of John Woo’s films.  Continue reading... “Film Festivals coming to Oregon”