ASHLAND, OREGON – The Ashland Independent Film Festival (AIFF) announces that its 21st Annual Festival, originally scheduled for April 14 – 28, will now take place virtually on their Eventive Channel from April 1 – 10. Due to the recent circumstances and news surrounding COVID-19, the organization made the decision to postpone their Live Festival to ensure the health and safety of their patrons, in addition to the community at large. Continue reading... “The Ashland Independent Film Festival Announces New Festival Dates and Plans!”

Ashland, Oregon – The Ashland Independent Film Festival is excited to announce the full selection of musical and cinematic events scheduled for its live & outdoor festival running June 24-28 at venues in Ashland and Medford.

At Scienceworks Hands-On Museum, viewers will watch films projected on a large outdoor screen in the field facing the building. At the Walkabout Brewing Company in Medford, viewers will fill the spacious backyard, facing the big screen and stage. Each screening at these two venues will be accompanied by live musical performers, food carts and beverages. Continue reading... “Ashland Independent Film Festival Celebrates Its 20th Anniversary With A Live & Outdoor Festival June 24-28th”

The Ashland Independent Film Festival is excited to announce the winners of the special Rogue Award, Pride Award, and James Blue Award who will be honored during this year’s hybrid “Double Feature” festival running online for two weeks from April 15-29 and outdoors in Ashland and Medford from June 24-28, 2021. The full virtual and live cinema program will be announced on March 24 in a Preview Night presentation on www.ashlandfilm.org Continue reading... “Ashland Independent Film Festival Announces its 20th Anniversary Festival Awardees” 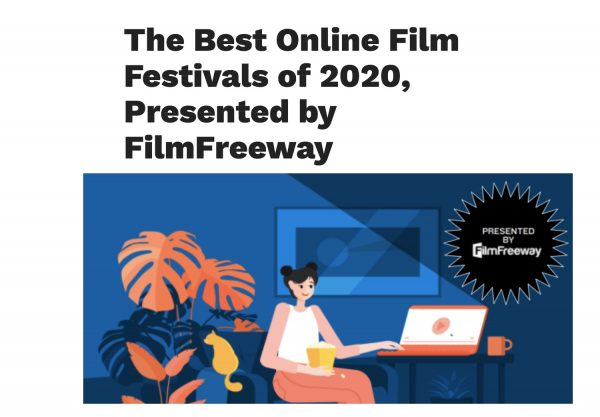 Film festivals are not alone in having to innovate the way they are doing business these days and going forward the on-line festival format is making a lot of sense.   MovieMaker Magazine highlighted a handful of festivals that seem to be doing it well, including the Ashland Independent Film Festival.

We are looking for storytellers for the LAUNCH Student Film Competition with short films that are innovative,  creative, original, inspiring, relevant, compelling, entertaining, thought-provoking, funny, and unique.

Do you have a great story to share?  Here’s what you need to know:

Either as a viewer of film maker you can visit these sites below to view the lists of films showing at the festivals.   At Cinema Pacific, you get the chance to watch not only some interesting films from China but on Thursday April 7 the festival is hosting an interesting industry symposium featuring some top level producers including the producer of all of John Woo’s films.  Continue reading... “Film Festivals coming to Oregon”