There are more than 185 State Parks and waysides in Oregon. I’ve been to them all… or at least everything you can find on a public map. It took me four months of travel, but with the help of Oregon Film and the Oregon State Parks system, I made a music video featuring footage of myself performing the same song in every wooded nook and cranny in Oregon. It was my love letter to my home, and it seemed other people liked it too. Continue reading... “State Parks “Road Sessions” Second Season to Premiere in June”

Above Slater Smith and The Weather Machine play “Wild West Coast” at Peter Skene Ogden State Park .  Four more bands will be featured at four other state park locations.  (To learn more about this project, listen to OPB’s State of Wonder this Saturday at noon.)  You can read more about Slater Smith, and Oregon State parks’ quest to bring music to the outdoors at OPBMUSIC. 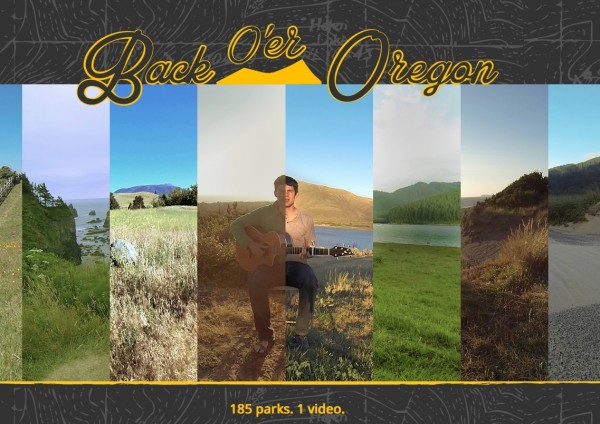