In our series of blog posts – the “New Normal” – we are looking at what creative options have been put in place to offset the disruption that Covid-19 has caused for production businesses here in Oregon.  This month we caught up with Lauren Henry and Talented Animals one of the Pacific Northwest’s busiest Animal Wranglers with decades of professionally trained, diverse species and hundreds of film, television and commercial credits.

Oregon Film (OF): Assuming the Covid-19 pandemic has disrupted your business, like so many others, what aspect would you say has been the most surprising? Continue reading... “The New Normal – How Our Production Community Is Adapting To Covid 19 – Lauren Henry, Talented Animals”

Lauren Henry and partner Roland Sonnenburg started Talented Animals in 2005, and, if a film was made in Oregon and there was a live animal in it, chances are they were trained by Talented Animals. 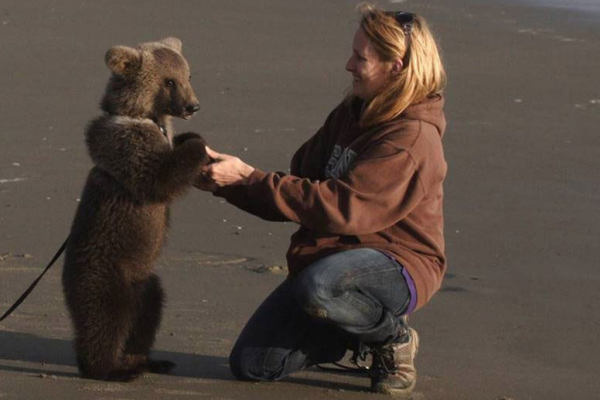 Willamette Week’s Jay Horton profiled Henry and Talented Animals which are now, arguably, the most sought-after animal trainer in the Pacific Northwest. Remember the llama and rattlesnake in “Wild?” Yup, that was them. But make sure you check out the upcoming “Lean on Pete” (playing at Portland International Film Festival on Feb. Continue reading... “Oregon’s Top Trainer Talks To The Animals”

The video above comes to us from KMTR in Eugene, OR.   Their studios recently had a visit from Lauren Henry, co-owner of Talented Animals and two of the latest animal stars from NBC’s “Grimm.”  You can read the full article on KMTR.

“Grimm” was rated the number one show on Friday nights for ABC, NBC, CBS and Fox.  The cliff-hanger season one finale aired last week, and production for season two begins in Portland tomorrow. Continue reading... “Corvallis’ Lauren Henry and Her Talented Animals Featured on “Grimm””

Lauren Henry from Corvallis based Talented Animals was on KOIN’s show Studio 6 yesterday.  Lauren has been a great resource for the Oregon Film community as she’s always out there plugging our state as a great place to film.  I also happened to be in a meeting yesterday where I met John Sechrest from Corvallis and the one thing he mentioned relating to Oregon Film was this video.  He helped the production secure a space for the video and spoke very highly of the experience.   Continue reading... “Meet the trainer and dog behind the OK Go Video”