“Tracktown” Alexi Pappas and Jeremy Teicher co-wrote and produced the movie that chronicles the physical and emotional struggles of a young, Eugene runner (Pappas) in this coming of age feature. Check out the latest review from ESPN. 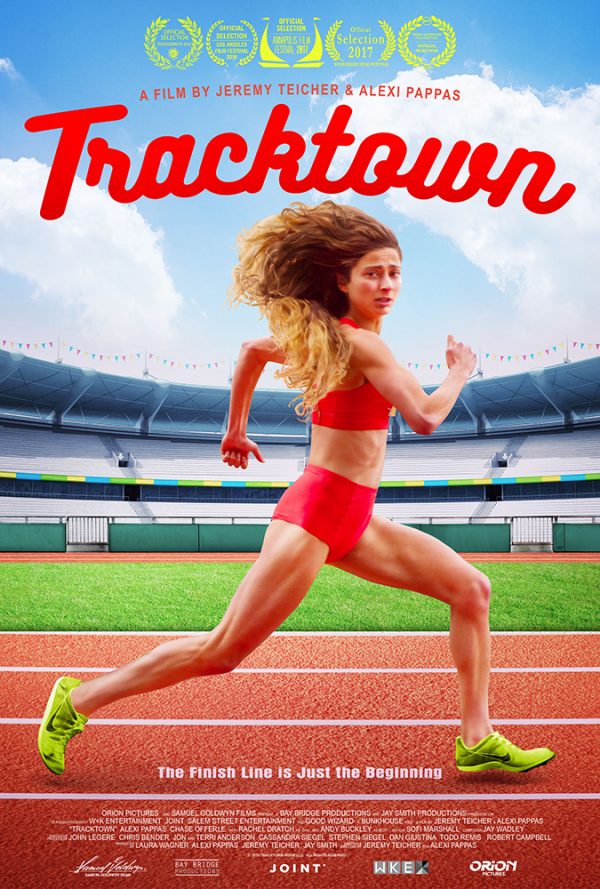 There is excitement building for the locally filmed and produced, “Tracktown”.  It is set to premier at the Los Angeles Film Festival next month.  The film explores the struggle to find an equilibrium between a world-class running career, and a regular life, inspired by Pappas’ own life.  Jeremy Teicher co-produced the movie with Pappas, and it was filmed on location at Hayward Field, Eugene. Continue reading... “NY Times Gives A Shout-out To Pappas & “Tracktown””

The feature film “Tracktown”, directed by Jeremy Teicher, and Alexi Pappas, World Premiered at the Los Angeles Film Festival in the US Fiction Competition (June 4th).   “TrackTown” chronicles “a bright, talented and lonely long-distance runner who twists her ankle as she prepares for the Olympic Trials and must do something she’s never done before: take a day off.” Continue reading... ““TrackTown” World Premiered at Los Angeles Film Festival”