During the 5 days of screenings and events, 97 films were presented, as well as many workshops, Q-and-A’s and “talk-back” sessions.  All of the screenings were well attended at this packed festival.

Of note,  “A River Between Us” premiered to a sold-out audience, with the filmmakers, Sen. Continue reading... “Ashland Independent Film Festival A Success” 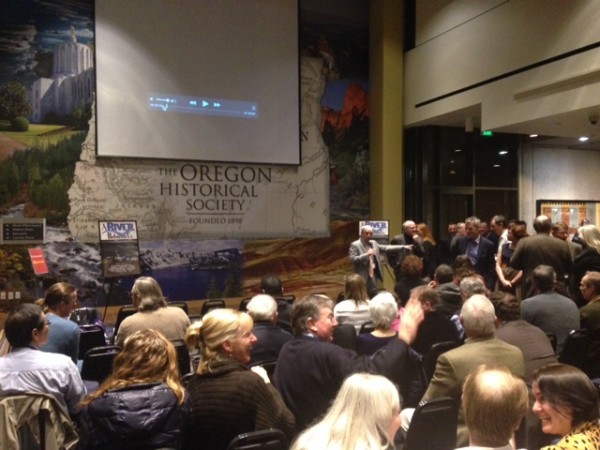 Every seat was filled last night at the Oregon invite-only screening of “A River Between Us” – a feature documentary detailing the sometimes contentious, and largest restoration project in the US along the Klamath River.  Jason Atkinson, keen fisherman and 14 year Oregon state senator, introduced his film to a rapt audience including current Governor Kate Brown and past Governor, Ted Kulongoski.  Read more here.

Co-producer on the project was Oregonian, Jeff Martin (“Undivided”). Continue reading... ““A River Between Us” Screens at Oregon Historical Society”