Last legislative session a bill passed that allowed Oregon Film to allocate funds to a program called the “Creative Opportunity Program.” This program dedicates up to $375,000 per year to creative projects, producers and programs around the state. These programs include the continuation of existing programs like the Pathways job training and placement program, the Outdoor Adventure Film Grant, the Tell Your Story Grant and partnership programs like CINE/SEEN and Creatives of Color Networking events (OMPA) and the BIPOC Filmmaker Grant (BendFilm). Continue reading... “Creative Opportunity Program Launches for 2022-23”

Outdoor Adventure Film Grant 2021      “Oregon’s Outdoors Are for Everyone”

Oregon’s open spaces and outdoor pursuits are for all Americans and visitors, yet there is a well-documented inequity in America that is deeply rooted in our shared cultural history, and as a whole, our outdoor spaces are not equally utilized for a multitude of historical, social and cultural reasons. The Outdoor Adventure Film Grant ’21 (OAFG21) aims to help support and amplify stories and storytellers (both in front of and behind the camera) utilizing Oregon’s outdoor spaces as a backdrop. Continue reading... “Applications Are Now Being Accepted For The 4th Oregon Made Film Grant – “OAFG21””

Blue Chalk Media were the winners the 2019 $15,000 “Winter Season Grant” – provided by the OregonMade Creative Foundation and Travel Oregon – and have now successfully created two short films of “moving postcard stories” based on the brief to make a film series that would “captivate and encourage people to experience the winter season for themselves.”

“We pitched a series of short narrative pieces that highlighted different, often overlooked, winter areas of Oregon. The resulting films are a love letter to Oregon’s Alvord Desert and the Suttle Lake near Sisters. Continue reading... “Winter Season Grant – “Wish You Were Here” – Blue Chalk Media” 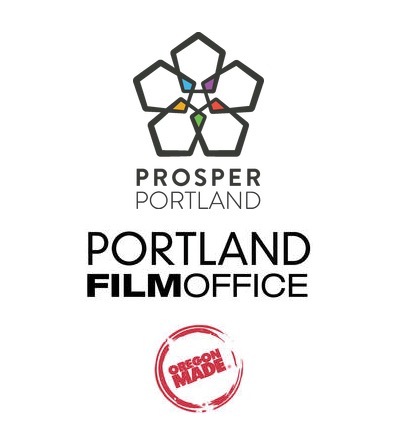 ShadowMachine is about to go into production on a stop-motion series and we have worked together to create two, three month, paid apprenticeship positions on the project.

Don’t forget to get your application in for the $18,500 Outdoor Adventure Film Grant, plus supporting in-kind donations from Koerner Camera, Mission Control and Digital One, now open at the #OregonMade Creative Foundation. 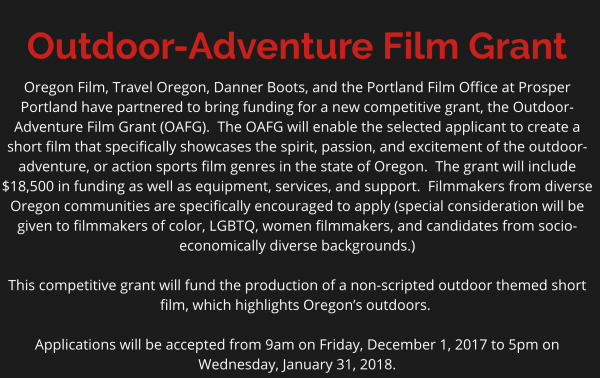 Submissions are due on January 31 – Time is Running Out! Continue reading... “#OregonMade Outdoor Adventure Film Grant – SUBMISSIONS DUE!”