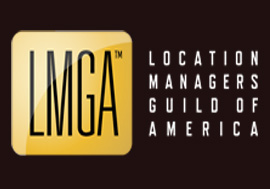 More Oregon locations were used on “Wild” than any other production shot in Oregon to date.  Last night at the Oregon Film Office’s Governor’s Awards, Gordon Sondland, (Oregon Film Board Chair) noted about the nomination, “because this award comes via the location managers, it is even more humbling and impressive. The work that is done every day by this group of individuals throughout the state cannot be over stated. Our office relies on their input and hard work not only for the scouting, researching and securing of locations throughout the state, but also as the friendly front line of interaction with the producers and directors who work here and the local communities which are gracious enough to allow us to feature their neighborhoods in our shoots. Thank you for this honor and it really is more than enough to even be considered in the nomination process.”

During his two days on set last year, Bend based writer, Tim Neville, recently wrote a well received article for the NY Times  that described some of the incredible and diverse locations in Oregon for both movie-making and sight-seeing. According to Neville’s article, WILD Location Manager, Nancy Haecker  was happy with the easy access to some of the “remote” looking locations she needed to find.  Neville wrote, ” nearly all of the other “cheats,” as Ms. Haecker called them, were just steps away from a car.”  WILD came with a top-notch locations team, and in addition to assistance from the Oregon Film Office, the production was aided by many Oregonians in the field, from Ashland to the Bridge of the Gods.  Particularly of note, were Crater Lake National Park staff, and Zigzag Ranger District in Mt. Hood National Forest. (Who respectively were presented with the Oregon Film’s Governor’s Film Advocate Awards last night by Governor Kitzhaber.)

The Governor’s Office of Film & Television has been helping productions find, secure, and utilize our magnificent locations since 1968. For more information on Oregon locations check out our database that is currently over 75,000 images strong, and growing.  If you would like your Oregon home/property to be listed in our locations database, you can submit your photos and location information through our location submission page.