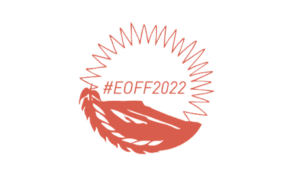 Eastern Oregon Film Festival will be celebrating its thirteenth year of independent film, music, and conversation in La Grande and has released the Official Selections for #EOFF2022.  The Festival opens Thursday, October 20 and runs through late Saturday Evening, October 22.

This year’s call for entries saw a record number of submissions, of which 33 films were selected for physical and virtual exhibition. Filmmakers whose work has been selected are invited to La Grande to celebrate with the EOFF community, connect with other artists, and represent their work in-person. Continue reading... “Eastern Oregon Film Fest Official Selections Announcement”