Oregon has just expanded its film incentives, which will bring 67% more film and television work to the state. There’s a need for actors to be able to do their own action. Get trained and get an edge over the competition.

This is the final reminder for the upcoming Action Essentials for Actors workshop, Sunday, March 24th!

With more film incentives for Oregon, producers are looking at Portland to shoot upcoming shows and films, most of which require actors to perform their own basic action. But the actor MUST know the essentials.

In class, we’ll cover the action essentials actors need to walk onto set, giving you an edge over the competition. We’ll break down, recreate, and shoot and action scene from NBC’s hit show, Grimm. Continue reading... “Action Essentials for Actors March 24th!” 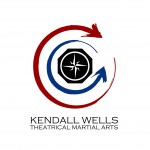 With more film incentives for Oregon, producers are looking at Portland to shoot more upcoming shows and films, most of which require actors to perform their own basic action. But the actor MUST know the essentials.

This Saturday starts a new block of fight classes to kick off 2013!

The first block of classes is Stick & Weapons of Opportunity. This class is a fantastic intro to weapons work that will open your eyes to a plethora of possibilities. The basis of this class is in Filipino escrima and kali, and we’ll explore how this kind of fight work plays on film and television. If you’re experienced in weapons work for film, we’ve still got plenty to explore – you will grow, regardless of skill level. Continue reading... “New Fight Performance Classes”

I’m offering classes in Portland on fight performance for film and television. I’ve been teaching for about nine years, but only recently decided to hold a regular class (twice per month). I have held a couple workshops in conjunction with Cast Iron Studios in the past, including one taught by my mentor, fight master Anthony De Longis. The workshops were a huge success, and all the students have expressed great interest in training more. Continue reading... “Film Fighting Classes in Portland”