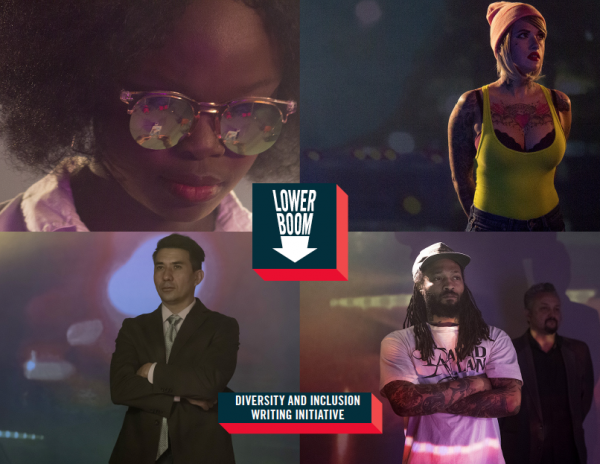 Lower Boom will be doing outreach and accepting writing samples throughout the month of August to select 4-6 writers who will then participate in a weekly writer’s room during September and October. Special consideration will be given to writers of color, LGBTQ, women writers, and candidates from socio-economically diverse backgrounds.

THE PROJECT
The project they will be working on is an 8 episode series that Lower Boom is producing entitled Portland Dark.

In addition, at each weekly meeting, a different industry expert or mentor will give short presentations or Q+A sessions to further enhance the education of the selected writers. Mentors include Producer Janice Williams, currently producing Queen America starring Catherine Zeta-Jones, and Emmy-nominated filmmaker Ifanyi Bell.

The participating writers will receive a stipend for the months of September and October.

The project will culminate with the writers attending the American Film Market in Los Angeles in November with Lower Boom, taking meetings to pitch the series.

Applicants can be from anywhere, but must attend, in person, the weekly writer’s room meetings.

Applicants can be at any stage of their career.

Applicants must either submit a link to a writing sample, or upload one. Screenplays or teleplays are preferred, but any writing sample in any format will be considered.