Billed as the very first “unscripted sneaker design competition series,” Lace Up: The Ultimate Sneaker Challenge comes from the minds of sneaker designer and Portland-based

Pensole Academy founder D’Wayne Edwards and executive producer Ken Mok, who is best known for his work on America’s Next Top

Check out the great testament to the festival from an award winning filmmaker on this video and then make sure you get to Eugene next month to check out the Festival itself which runs at Bijou Art Cinema from April 17 – 19. 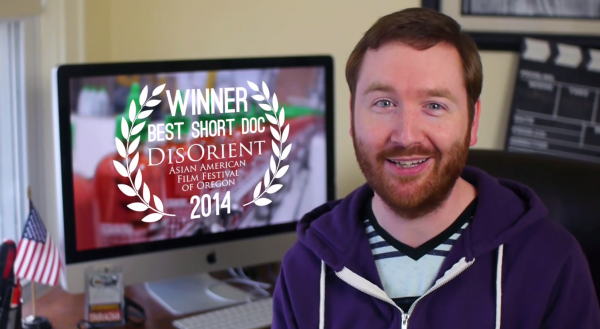 Thrash-Lab is going viral, and wants to showcase YOUR original videos on their premiere YouTube channel for maximum exposure. If you have “Never Before Seen Footage/Original Content” that you’re ready to show the world, they would love to hear from you! They plan on featuring the TOP 350 videos on the site and the best 3 will be rewarded a prize!

This is an unprecedented opportunity to get your concepts on a nationwide platform in hopes of promoting your media and to get your content exposed!! Continue reading... “The Ultimate Video Search”