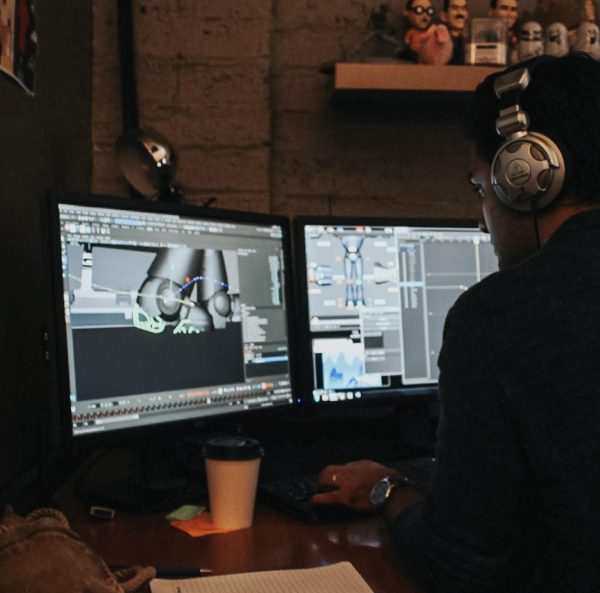 The Statesman Journal has featured Hinge, a Portland-based creative production studio, and Executive Producer Roland Gauthier, in a recent article that emphasizes the studio’s accomplishments with popular animated Cartoon Network show “Toonami”, and follows the unique dynamic of the Oregon Film Industry as it compares to a “Changing Hollywood”. Continue reading... “Hinge – A Portland Creative Production Studio, Featured In The Statesman Journal”

“The Cartoon Network Game Jam was held in February of 2016, challenging almost 200 game artists, programmers, musicians, and more to make videogames in under 48 hours at a shared event space in Portland, OR. After the winning team was awarded a publishing deal with Cartoon Network and released their game “Dynamite’s Action News,” a portion of the jam’s documentary footage was released on YouTube – join us to see the content that remains unreleased in this exclusive screening! Continue reading... “Get Your Tickets For Rose City Games and PIGSquad’s Cartoon Network Game Jam: Documentary Screening & Game Night!”

The Portland Indie Game Squad (PIGSquad) and Rose City Game Consulting Run are organizing a 48 hour Game Jam (Feb 12-14th)  – “The Cartoon Network Game Jam“.  The event will feature the cable channel’s characters that indie game designers will use to create their game ideas.   Teams will have 48 hours in which to create a prototype, and that will then be judged by Cartoon Network staff. (Teams can sign up here.)  The winning team will be offered a chance to negotiate a development deal with the Cartoon Network, which will offer the chance to realize the winning prototype’s full potential with a mobile roll out. Continue reading... “Indie Portland Game Developers Organize Cartoon Network Game Jam”