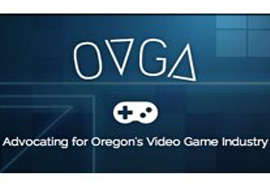 The Indie Game Convention (that took place October 3-4) was a huge success. The two day convention showcased 15 games all created by local Eugene developers, such as Pipeworks, Buzz Money (bought by Zynga), GarageGames among a few.  This new breed of gaming company creates a variety of jobs, from designers to engineers, programmers to producers and now in Eugene around 150 people are working in game development.