This week’s Hooray for Horregon RotLA edition comes with two truly great ingredients: Debbie Reynolds and St. Helens. If you haven’t seen HBO’s Emmy nominated “Bright Lights” (full disclosure, it was produced and directed by friend, former business partner and Astoria-filmed “Short Circuit” actor Fisher Stevens and his life-partner baby[ies]-mama Lexy Bloom), and, if you haven’t visited St. Helens (at Halloween or, as a seasonal alternative, by boat to the town dock in August for a riverside lunch and a beer), you need to do both. And “Halloweentown” is the perfect excuse.

One of those greats was taken from us, along with her iconic and talented daughter Carrie Fisher, too soon earlier this year, but the second one stands ready to greet you on the banks of the Mighty Columbia River just a short drive northwest from Portland.

Raider/Contributor Phil Oppenheim takes us to the softer side of Horregon that only Disney could draw out out of Debbie Reynolds, Halloween, witches, being weird and St. Helens. 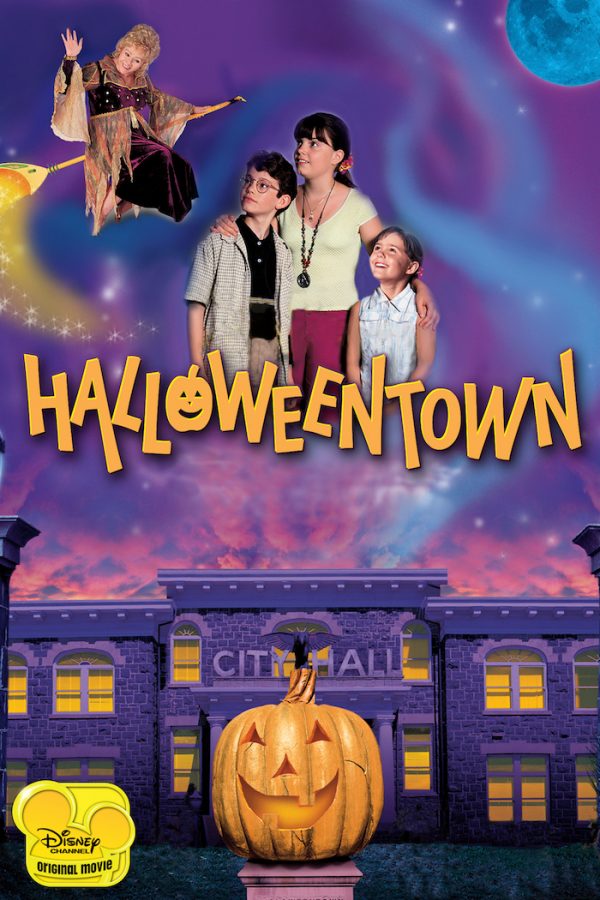 You’ve got your jack-o’-lantern sitting on your front steps, fake cobwebs stretched across your porch, and stencils of witches, skeletons, and black cats stuck to your windows.  Bowls of candy corn and Hershey’s kisses sit near the door, and “The Monster Mash,” “Thriller,” and the themes from Ghostbusters, Addams Family, and The Munsters play in an endless loop on your Spotify playlist.  Wouldn’t it be great if it could be like this all year ‘round?

Your childhood fantasies of an endless Halloween powers Halloweentown, a fun, silly kiddie movie that is custom designed for the under-12 trick-or-treating set (or those of us who don’t want to leave those innocent days behind us).  Turns out that there is a place where goblins and ghouls and witches and warlocks can call home; you just need to hop on a magical bus from the Mortal World (that’s where you and I live) to this wondrous parallel world, and Halloweentown is ready to greet you.

Halloweentown is a Disney Channel Original Movie, which for some readers might tell you everything you need to know to look elsewhere for a good time: as you’d expect, it’s sweet, harmless, cheerful, and barely scary at all.  If you did tune out, though — perhaps to check out bloodier fare like Unhinged or Dr. Giggles — you’d be missing out on more than just G-rated hijinks, but on the most Oregonian Halloween movie of them all.

As the hordes of Halloweentown fans know well, the movie was filmed in Saint Helens, Oregon, with the lovely small town serving as the magical, whimsical home for the tween-friendly seasonal antics.  And every year, Saint Helens’s neighbors and businesses celebrate the movie and their town’s permanent place in pop culture history with “The Spirit of Halloweentown,” a monthlong celebration of all things silly and spooky, from a meet-and-greet with the movie’s cast (which took place on October 14th, so you’ll have to hope for another next year) to costume parties, variety shows, and much much more.  Me, I’m looking forward to the brand new Museum of Peculiarities and Oddities, which promises “a collection of all things strange, weird, interesting and unusual.”

And speaking of Weirdness: Halloweentown establishes its Oregonian cred by doubling down on the Weird.  Tweenager Marnie (Kimberly J. Brown) wears her weirdness on her sleeve, confessing to like “weird stuff” like Halloween because it’s “cool … it’s exciting, and strange, and ancient”; realizing that often makes her the odd girl out — emphasized by her brat little brother, who calls her a “weirdo” — she sighs “Nobody around here really appreciates my taste in weird stuff.”  When she finds out that there’s a reason for her oddness (she’s a witch, of course), and that there’s an escape hatch to a town where people are similarly off-beat, she commits to leaving the bland world of suburbia: “Now that I’ve found out the truth, I’m not going to stay here and be boring and human — like you” (she’s addressing her brother, but might as well be addressing us, too).  She follows Grandmother, who has already planted the seed within her granddaughter, explaining that “Being normal is vastly overrated,” a keep-it-weird slogan which should appear on bumper stickers and t-shirts at PDX’s Made in Oregon store.

For fright-free hometown Halloween fun for the whole family, Halloweentown is tough to beat; if you’re a precocious tween — or you’ve never fully left your tweeniness behind — you’ll love it, and you’ll probably gobble up three non-Oregon sequels (!) too.  And be sure to visit Saint Helens before the end of the month!

… if you’re the least bit cynical …

… you may find the film, as we used to say in grad school, problematic.  And if you’re a hardcore Halloweentowner, you probably will want to skip the rest of this column.

The premise of the movie would be familiar to anyone who’s ever watched an episode of Bewitched, I Dream of Jeannie, or any other show in which gifted women decide to hide their special powers to fit into a blandly normal world.  Marnie’s mom has decided that it’s in her daughter’s best interest to suppress her witchiness, to hide her glamour in the name of fitting in.  Marnie’s visiting Grandmother Aggie Cromwell turns out to be a fascinating, vivacious witch (if ever there were an actress born to ride upon a broom, it’s the late Debbie Reynolds, who’s great fun here); Marnie decides to embrace her “weirdness” and follow her to the magical world of Halloweentown.  So far so good.

When we first get to Halloweentown, it looks like a perfect Norman Rockwell, all-American small town — albeit one populated by strange creatures in latex masks and garish costumes.  As Aggie explains, it’s a magical place where monsters, goblins, ghosts, vampires, dybbuks, banshees and witches “live together in peace.”  This fragile peace is preserved, though, by apartheid: Halloweentown maintains its placidity by maintaining a rigid separation from the mortal world, an existence that depends on its “separate but equal” isolation.  There’s a clear demarcation between our realm and theirs, a wall which, although virtual and magical, is a Wall nonetheless.

And not everyone in Halloweentown is happy about the segregation.  There is political insurgency brewing below the town’s apparent calm; an anonymous militant underground is determined to destroy the artificially imposed barrier between worlds, which would in turn force mortals and monsters to coexist.

To Aggie’s mind, it’s the separation of Halloweentown that fosters its success, the detente between the realms responsible for the peace in their time.  If Aggie is an accommodationist, the town’s Mayor, Kalabar, is its bomb-throwing anarchist, a smiling Willy Wonka-esque charmer whose flamboyant costume belies (sorry, spoiler) his secret double role as a monstrous, scary-looking revolutionary preaching violence.

Aggie, Marnie, and the rest of the Cromwell clan successfully thwart Kalabar’s incendiary plans, though, and Halloweentown returns to its Non-Mortals Only self-policed homogeneity.  But it’s clear (to me, anyway) that the real hero of Halloweentown is Kalabar, the frustrated Freedom Fighter (and a fellow traveler of the similarly named tragic human-witch hybrid hero Calliban in Shakespeare’s The Tempest).  And while I’ll root for Kalabar to Bring Down That Wall in the sequels to the movie (which I confess I haven’t seen yet), I suspect the Disney Channel will never give this radical provocateur his due.  In Halloweentown, conservative complacency trumps change.

Watch: Halloweentown, on DVD and available at The Disney Store.

Visit: This weekend is your last chance to catch The Spirit of Halloweentown in Saith Helens, OR!