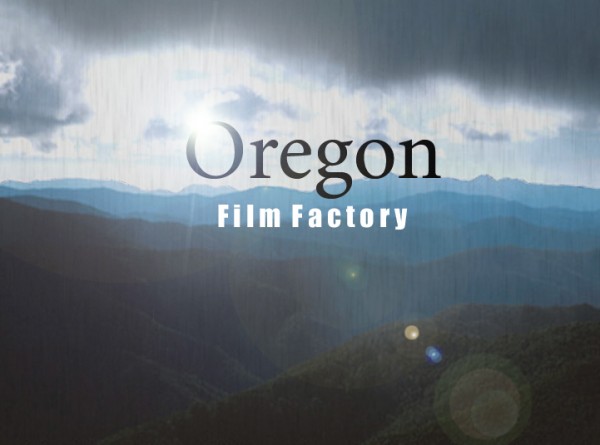 In the late 1960’s of Eugene, Oregon, we started a film company in a Garage. Kind of like the beginnings of Nirvana and Microsoft, you know? It was an old auto-mechanic garage with 2 bay doors and a ticket office inside. We had the Movieola in the back room, now famous for the auditions we held there for the “Animal House” sorority sisters in the Pillow-Fight Scene. At the time, I had rented the Ticket Office inside the Garage for $25 a month, and it was literally just big enough for a desk and a chair.

What soon emerged there in the 70’s (from those poetic cinema days of the 60’s) was a part film, part commercial house called the Oregon Film Factory, and as it’s in-house casting director and set designer I had my own phone and separate company within it called Stage III Productions, Inc; which I first incorporated late in 1973. Even then I visualized the future of film in Oregon as more than a back lot to Hollywood, and saw us creating the 3rd major stage of film production, after New York and LA. I must say, Oregon filmmakers, today you are all well on your way to making this dream come true!

And as Fate would have it, almost 40 films and 40 years later, I found myself looking for an office in Portland. I first went to Indent Studios to interview them as a Post Production Site for a film I’m involved in. I had previously met Steve Coker @ Chambers Productions in Eugene, and wanted to keep track of him after he moved to Portland. You can imagine my surprise, when after not finding a parking place; they opened their Garage door for me to pull my suburban into!

As Steve gave me a tour of the facility, I knew this was where my director would want to spend 18 weeks in Post. And Steve Coker, Tim Whitcomb, Mike Lindberg and Greg Skelton are so talented, and are truly great human beings! I wanted in on what they were doing. And I asked the big question: “…and my office is where?” I felt so at home there, like I had come full circle.

But this facility is far better than the 1920’s stucco garage building I started my career in. For one thing it’s much larger, a ½ City Block big, yet it is still a 20’s Stucco building like the one I had in the beginning of my career. But this one has Copper-ceiling tiles with marble counters. And it has been beautifully restored. The energy there is exciting, like I haven’t seen since the 60’s: Young Independent Filmmakers. At anytime you could run into actor Daniel Baldwin or Heidi Hawk, a truly dynamic woman; or the “Portlandia” Casting director, or the Make-up people from Grimm. I knew this was where I wanted to be. And 3 months ago I moved in.

And we hit the ground running. Even before I was totally moved in, we held a Seminar for some Cinema Studies Students there. My goal is to give back as a mentor to fledgling filmmakers, focusing on Indigenous kids. My office is inside the NE 9th entrance @ the… (you guessed it!) the Ticket Office inside the Garage! Is this cool or what? Thank you, Indent Studios!