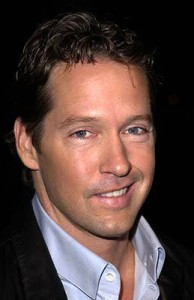 Turner Broadcasting announced today that D.B. Sweeney has been cast to play the lead in Electric Entertainment’s pilot set in Portland titled “Brain Trust”.  Here’s the info on the pilot. Dean Devlin will be directing the pilot which is due to shoot in Portland in December for two weeks.  We were thrilled to have Electric bring a second project to Oregon and even more excited to hear that they made the decision to re-write this pilot for Portland.  The original script had set the pilot in Washington D.C. .  If this pilot follows the normal schedule of production, post-production and then possible series order, then we ought to know whether this project is going to be another series produced in Oregon no later than April.  We’re keeping our fingers crossed since a third series in Oregon (“Leverage”, “Portlandia”) would dramatically change the film and TV industry in Oregon.

It’s also worth noting that the other project mentioned in this article “Bird Dog” is also set in Oregon.  Unfortunately this project is being shot in Vancouver, B.C. because it came together at the last minute and the studio did not feel they could pull together the pilot in Oregon in less than a week.  That being said, if “Bird Dog” becomes a series, we will be revisiting this project with the studio as we believe we can make a strong case for Oregon if we have a little bit more time to make the case.

2 thoughts on “D.B. Sweeney to star in new TV pilot set in Portland”