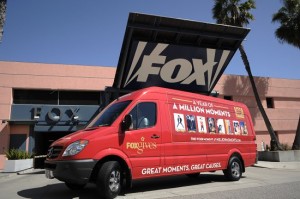 Earlier this year, Twentieth Century Fox launched A Year of a Million Moments, celebrating movies made memorable, quotable and unforgettable by the people who watch and embrace them. In addition to the online contest, polls and quizzes, Twentieth Century Fox Home Entertainment has launched a mobile van tour zigzagging across the country to 18-cities over 14-weeks with the ultimate goal of donating 1 million DVDs.

The mobile tour gives film fanatics and consumers nationwide the opportunity to recreate their favorite scenes from beloved Fox movies, filmed against a green screen.  Continue reading... “A Million Moments Stops in Portland”