As some of you know, I’ve been coaching actors for dialect roles in film and television since 1992 through my Eliza Doolittle Dialects school. This Thursday night — March 23rd at 5pm Pacific, I will be presenting my 3 Steps to Learn ANY Dialect or Accent as a free online training. (This is really the foundation of my popular Accents & Dialects Masterclass.  In it, I’m going to be teaching my 3-pronged method for learning any accent or dialect for voice actors and character actors.  Continue reading... “Thursday 3/23: Free Webinar to Learn Any Dialect or Accent” 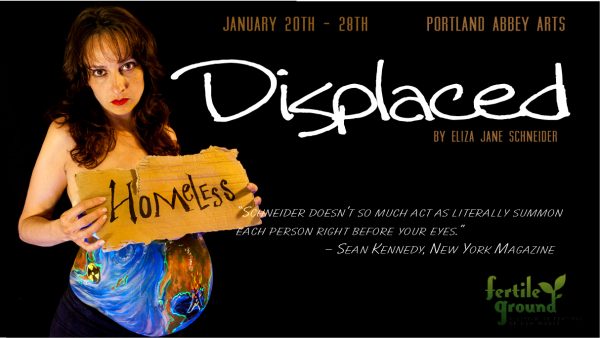 “Displaced,” running Jan 20 to 28 at Portland’s Abbey Arts in Portsmouth as part of the Fertile Ground Festival, is an innovative documentary theatre experience that gives us a new and powerful way to connect with the phenomenon of homelessness and the extraordinary value of those who see us, even though we have forgotten that they exist. A solo show by actor, musician, and dialect guru Eliza Jane Schneider, “Displaced” uses interviews from her travels around the world busking and interviewing people living homeless in New Zealand, Liverpool, Dublin, Hong Kong, Lagos, San Diego, and Seattle. Continue reading... “Call For Shooters: Displaced – THEATRE/MUSIC/MULTIMEDIA FULLY STAGED READING / Presented by CompassWorks / Written & performed by Eliza Jane Schneider”