The #OregonMade documentary Feature “Buffalo Soldiers Fighting on Two Fronts” will be part of the Seattle International Film Festival. Come to an in-person screening April 16th or 17th, or see it in the virtual cinema from April 14th-24th. 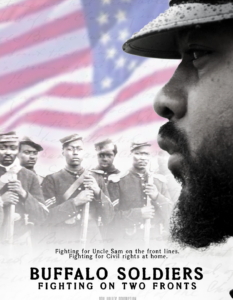 You can also watch the film online (US residents only)!
Read about virtual cinema streaming

Get your tickets now.