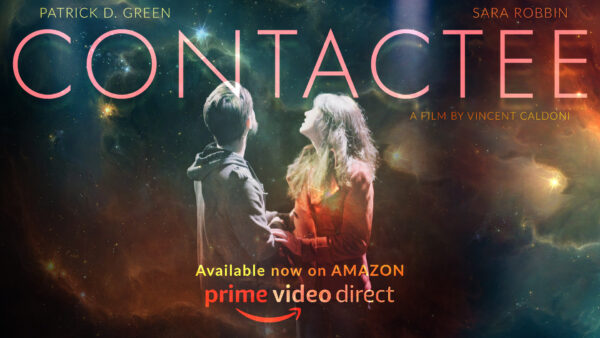 Sometime in 2016 I spoke to a group of confidants about making a movie on the sly. The plan was to keep expectations low and develop something we could be proud of but not, per se, something that should or would be released. I was at a pretty low place at the time, honestly. My previous filmmaking endeavors hadn’t exactly set the world on fire and I was now a parent supporting himself and family with manual labor jobs and barely scraping by. Most of my conspirators were probably in a similar place in one way or another.

The production began on the page. The idea was simple: we lose people because the world around us and inside us changes and with it we change. We often grow apart before we even know that it’s occurred. I then imagined that instead of being awash in the randomized whims of fate and modern life there was an intelligence behind these life events one as inexplicable as with that big universe around but one with motives. The immediate response would be to seek an audience with this force, to beg redress for wrongs committed. This was the kernel that grew into the story of Jay and Talia, it grew out of long coffee fueled conversations between myself and lead actress Sara Robbin.

What begins as a film that would seem to be about a couple on a cozy vacation to Mt. Hood is revealed to have a somewhat darker backstory. 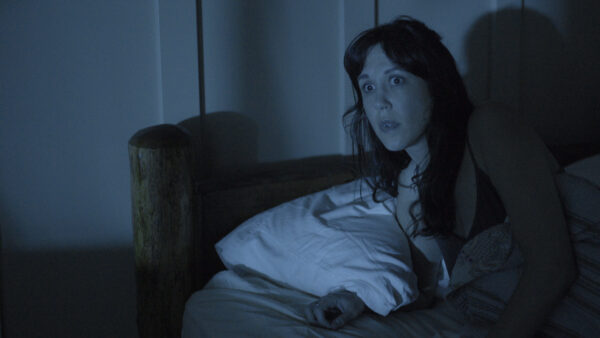 Jay, played by Patrick D. Green (Crazy Right, The Brain That Wouldn’t Die) is a therapist who has referred a patient who has been arrested on criminal stalking charges and insists that she is the victim of dark forces from a murky cabal of beings in control of all things, Talia, played by Sara Robbin (Death on Rock, A Standing Still.) To Jay her stories track with alien abduction accounts.
The two break the terms of her “deferred sentence” with the intention of capturing these beings on camera and proving Talia’s innocence and justifying their actions and illicit relationship. The plot keeps twisting as this otherworldly intelligence realizes that, basically, they are being watched. As Schoedinger observed you can’t observe an event without influencing its outcome in some way. A surreal contest of wills evolves as these “aliens” move closer and closer to Jay and Talia straining their already complex relationship.

The production began as a series of simple test shoots but soon developed into something closer to real movie production. Closer but not really the real deal. The budget was really nothing more than what I could pull out from between the cushions of my couch, the gear was mostly just what DP Kevin England and I had laying around, and the locations were places I already had access to. What we couldn’t make up for in budget we made up for with time.

They say movie productions can be Good, Fast, and Cheap but that you only get to pick two. With no financial backers and being broke-asses ourselves, “Cheap” was a given, “Good” is always the goal but is a relative matter, so we worked slowly. Frustratingly slowly, but methodically. One thing I’m proud of is the amount of small details that we included by attention to details, for example, the color scheme of the movie isn’t radical but it can give clues into the truths of characters.

While there are some digital effects we took the time to ensure that every effect was grounded in practicals. For example the little “UFO orbs” are small drones with LED lights mounted to them buzzing around the actors’ faces, a CGI glow was mapped over them to disguise the drones, but the practical element was put in place so the actors would have something to react against, with organic lighting and movement.

Likewise, the bulk of this film takes place on Mt. Hood. The beauty of my Oregon home is one of the film’s primary assets. There is surprisingly little movie magic involved here the vast majority of our filming locations could quite literally be reached just by exiting the house and walking exactly as Talia does in the film.

It was all a series of plucky indie film home runs, the sound on-set was never professional, there are one or two scenes that never got shot due to schedule conflicts. Likewise, post-production was a long and drawn-out process that went on for a ridiculous amount of time but allowed it to be extremely deliberative in our approach to the edit. I have little doubt that some will be put off by the deliberative pace of the first half of the film but that’s the risk one takes on a film like this. I feel it rewards views that stick with the story and anyway this was never going to be a summer blockbuster.

I think for me personally, though the biggest blow came because of Covid-19. We held the release for a couple of months to get all the aspects of a film-roll out in order and to get the timing perfect. I regret that now. Our premiere here in Portland was scheduled for early May of 2020 and I’d picked out various festivals and even submitted to many of them, by summer it was clear: the premiere screening wasn’t just delayed it was foregone and many of fests I’d been submitting to were either moved into an online space or just straight-up canceled. It was a major blow to the film.

But how much could I complain? We’d made the decision early on to go it our own way from the very beginning. So that’s what we did. After several mostly futile talks with streaming companies and distributors, I made the call to partner with amazon directly and get the film out to as many eyeballs as I could manage. And that is what we’ve done.

Frankly, the response has gone above and beyond what I’d been expecting. Most (but certainly not all!) reviews and personal notes have been positive and Contactee has found a bit of an audience beyond our social circles and community. Really what more could you ask for than that? (Well, money, sure but…)

On the whole, it’s been a great experience. I’m in my 40’s now and making Contactee has only shown me that I have so much more to learn about making films and only served to further ignite my passion for finding and making use of that knowledge. I think the film is something to be proud of for all involved. I’m legitimately giddy at the prospect of sharing this film with you. Enjoy!

Here are some linkings!

One thought on ““CONTACTEE” is now streaming on Amazon”