The 2020 Killer Valley Comedy Film Festival (KVCFF) follows the 13-year legacy of the horror film festival that introduced “Killer Valley” to the Pacific Northwest, and will stream on their official website from Friday, Friday, Nov. 20 – Sunday, Dec. 6, 2020.

For 10 years, the horror film festival had been a one-night affair, hosted live in Ashland, OR.  By its eleventh year (2018) the contributions from filmmakers from around the globe had grown into two nights worth of content, and the team split the program so that one night held all the satire, spoofs, and “so-bad-it’s-funny” movies, while the other night showcased the creepy, spooky, and truly scary films of the horror genre. 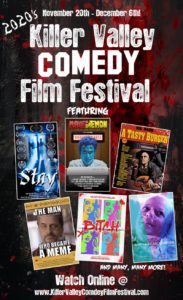 Following the positive feedback from their audience, the Killer Valley team spawned a second genre film festival, this time to celebrate the best original comedy films from underground and emerging filmmakers. Now in only the second year of their comedy fest, the organizers have had to tackle the challenge of showcasing the collection of highly laughable movies without a live event.

Last month, in October 2020, The Killer Valley Horror Film Festival (KVHFF) launched virtually on their website, and the filmmakers behind the movies streamed could not have been happier.  Traditionally held in Southern Oregon, often only the local and near-local filmmakers were able to attend. As submissions began to grow beyond the Pacific Northwest, this left more of the filmmakers out of the experience of enjoying other new movies and networking with filmmakers within their favorite genre. 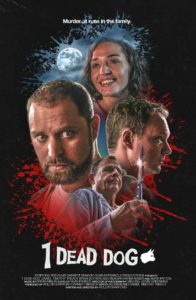 While the virtual festival still has a challenge in replacing the networking portion of an in-person event, it opens up viewership far beyond the home turf of the festival hosts.  “1 Dead Dog,” a dark comedy/horror film out of Portland, Oregon was the featured presentation of 2020’s KVHFF. Due to the festival’s streaming experience, the film was seen and reviewed by a staff writer out of North Carolina for the horror movie web magazine, Horror Obsessive. Other filmmakers from outside of the area were able to share with their fans and followers, allowing them a chance to watch without traveling cross-country or further.

According to the festival’s event host and website manager, Levi Anderson, the film blocks from their horror festival had verified viewers from Great Britain, Italy, Australia, China, and Bangladesh, plus web visitors from additional countries across the world.  Anderson finds a nerdy delight in being able to see just which particular (yet anonymous) viewers actually watched entire film blocks and which only checked out the previews. “That’s really cool to see, and with filmmakers in our comedy festival from some of those same countries, plus Brazil, Spain, The Netherlands, Ireland, Mexico… we are giving all the filmmakers a truly international audience,” says Anderson.

The comedy festival, and all things “Killer Valley,” still try to keep some local flavor. One of the highlights of 2020’s Killer Valley Comedy Festival is the comedic music video, “White Pants,” performed by Lucky Doug Fergus and directed by music producer/engineer Sylvia Massey. Massey has a highly-respected career working with popular as well as underground music artists, from Green Jellö, Tool, System of a Down, and many artists under Rick Rubin’s American Recordings label, to local bands and musicians around Southern Oregon and Northern California.

Massey operated her own music studio in Weed, CA for 11 years, where Lucky Doug Fergus met and began recording tracks with her, before making a move to Ashland, OR which was Fergus’s own stomping grounds. The funny music video was produced at many recognizable locations in Ashland, featuring crew from the locally produced films “Phoenix, Oregon” (Joma Films/2020) and “Atomic Apocalypse” (Gothic Manor/2020).

International films that will be streaming include “Cuckoo!” from Jörgen Scholtens (The Netherlands), “The Man Who Became a Meme,” from João Rabello (Brazil), “Bitch,” from Darragh Moran (Ireland), “¿Qué Harías?” by Nicole Katzew (Mexico), “Bonne Conduite,” directed by Théo Semeteys (France), “The Body,” directed by Adam Weber (Australia), “Dinner for Two,” directed by Finnian Williamson (Australia), and “(The Eternal Struggle Between Saints and Sinners Erupts in a) Gunfight!,” directed by The Helmers (Canada).

KVCFF would not be complete without paying homage to the satirical horror/comedy films that helped spawn this comedy festival to begin with. “Second Life Citizens,” directed by Neil Willoughby, is a campy return to the gratuitous gore of 80s & 90s era zombie flicks, and “Stay,” from director Ken Amin (Canada), is a descent into madness, ever-so-relatable in the 2020 quarantine environment.

The 2020 Killer Valley Comedy Film Festival will be streaming all the films in 3 distinct film blocks, each with introductions by the festival host. Much of the content is geared towards a mature audience, and of course those with a sense of humor.

Movie fans can purchase a view pass to watch the films at any time within the 3 week viewing window (Nov. 20 – Dec. 6) at: https://www.KillerValleyComedyFilmFestival.com. 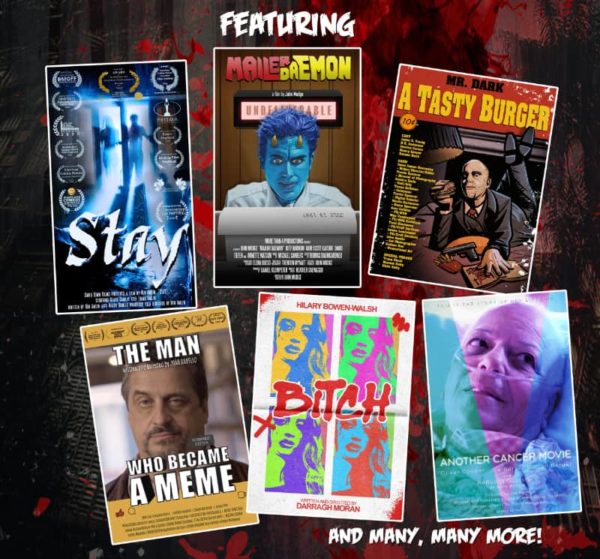