The OregonMade Creative Foundation has teamed up with four of the best independent cinemas located in all four of the quadrants of Portland, The Northwest Film Center, The Hollywood Theatre, Clinton Street Theater and Cinema 21, to announce the second installment of The Portland Circuit, a program designed to give locally produced, #OregonMade feature length films a short theatrical distribution window in the city. Screenings consist of a four day run, with one night at each theatre, in the four “quadrants” of Portland.

Coming in May is the Portland Premiere of a fantastic #OregonMade feature film which had its world premiere at the Ashland Independent Film Festival in April – James La Gros, Lisa Edelstein, Jesse Borrego and Kevin Corrigan star in:

***Actor Jesse Borrego (Fame, Blood In Blood Out) and the Writer/Director Gary Lundgren will be on-hand for all of the Portland screenings for a Q&A*** 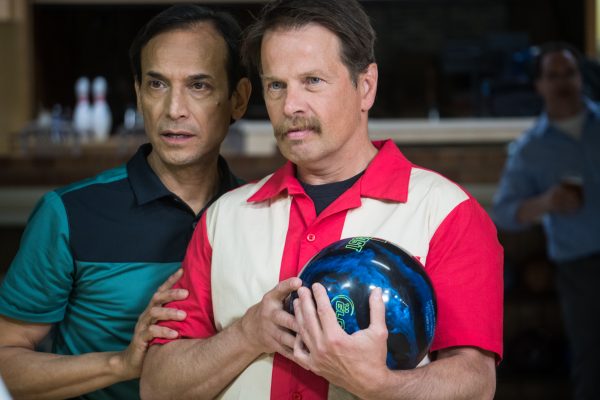 A comedy of midlife reinvention and the redeeming power of friendship.

The film takes a comedic look at the existential crisis many face when trying to find meaning and relevancy at midlife. Despite controlling bosses, dead-end jobs, and broken relationships, the two leads must awaken hibernating courage and resilience in order to take new risks and keep dreams alive.

The Portland Circuit venues/dates for “Phoenix, Oregon” are as follows:

***Actor Jesse Borrego (Fame, Blood In Blood Out) and the Writer/Director Gary Lundgren will be on-hand for all of the Portland screenings for a Q&A***

Get more information on other Oregon screenings, as well as screenings nationwide by going here.

Screenings of the first film the The Portland Circuit, “Sex Weather,” were held in October. More information on that can be found here.