Oregon Film is open for applications on a first-come-first-served, rolling basis for its “indigenous” Oregon Production Investment Fund (“iOPIF”) for projects that are planning their productions for the 2017-18 fiscal year (July 1, 2017 – June 30, 2018). iOPIF is set up specifically to help indigenously produced projects. Qualifying projects must be produced by an Oregon resident producer or Oregon headquartered company, spend more than $75,000 in the state and employ at least 80% Oregon residents as its crew and speaking cast.

Projects that will have production dates in July 2017, and going forward, can contact Oregon Film to get more information and/or apply for the program which doubles in size for the 2017-18 fiscal year .

In the past, applications were only accepted from the first week of May every year, but because production schedules are often set well in advance and the iOPIF program has expanded, Oregon Film will now be considering applications for projects earlier.

Find out more on our site or by contacting us. 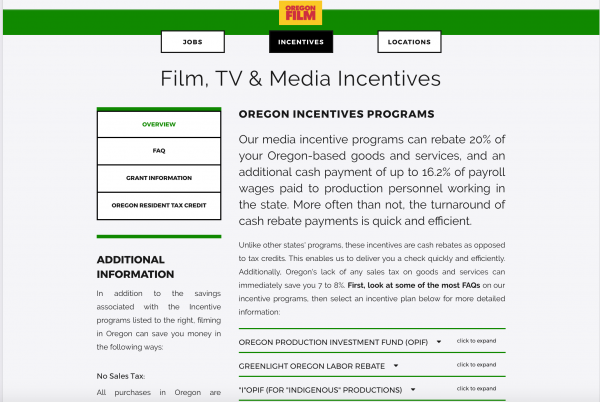