Eastern Oregon Film Festival will be celebrating its seventh year of independent film and music programming in La Grande, Oregon on October 20-22, 2016. EOFF will be hosting more visiting filmmakers than in previous years, and in all screening more than 30 independent works. EOFF Program Director Ian Clark had this to say, “If you’re reading this, I hope you and a car full of friends can make it out to La Grande. We’d love for you to catch this incredible collection of works, party and get weird with us. From Miami to Portland, LA to Buenos Aires: once again the EOFF program champions authentic voices, experimentation with cinematic form, and hilarious, heartfelt, or otherwise curious genre experiments.” 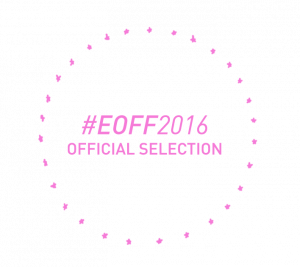 50 Feet from Syria follows surgeon Hisham Bismar to the Syrian border to operate on victims from the Syrian civil war. The film captures the human cost of conflict and serves as a portal onto one of the most brutal, dehumanizing conflicts in modern history.

Dreaming of fame and fortune, a local Denver actor hires two indie filmmakers to come to town and make a film with him as the star.

A unique sensory and unsentimental peek behind the veil of the Utopian dream of farming.

Lee, a drug-addled yet sensitive musician, is in love with Will, an ambitious poet. Volatile and intense, Will is hesitant to make himself vulnerable to Lee’s affection. After a year apart, the two reunite for a weekend at Lee’s home in the country. Not knowing how to be free and connected at the same time, the men struggle to find what they are driving towards.

In a quiet place, two couples engage in a ritualistic search for enlightenment.

A kaleidoscopic experience blending documentary, narrative, and experimental forms, INAATE/SE/ transcends linear colonized history to explore how the prophecy resonates through the generations in their indigenous community within Michigan’s Upper Peninsula. With acute geographic specificity, and grand historical scope, the film fixes its lens between the sacred and the profane to pry open the construction of contemporary indigenous identity.

In this modern-day vision of Mother Mary’s pilgrimage, a woman crosses the scorched landscape of the American Southwest. Reinvented and told entirely through movement, the film playfully deconstructs the role of this woman, who encounters a world full of bold characters that are alternately terrifying and sublime. MA is a journey into the visceral and the surreal, interweaving ritual, performance, and the body as sculpture. The absence of dialogue stirs the senses, and leads us to imagine a new ending to this familiar journey.

In a small town in upstate NY, Willem Koda, a retired geologist and alien conspiracy theorist, struggles to find an audience for his controversial beliefs. After befriending Flossie, a local waitress and aspiring actress, and Todd, an amateur filmmaker living off his Uncle’s inheritance, Willem decides to make a low-budget movie about his life, re-enacting scenes from his crumbled marriage and his violent encounters with aliens while working for the US Government. As the movie gets made, Flossie and Todd watch as Willem confronts his past and grows increasingly paranoid about his future.

Nine women. The house is ancient, it has been in the family for generations. Between the walls, the stories of those women and the ones that came before them, during what is likely to be the last summer they will all be there together. The generational change seems like another character in the film, always present, always reminding us that the bonds of that intimacy have nothing to do with the outside world.

A young, talented, and lonely long-distance runner twists her ankle as she prepares for the Olympic Trials and must do something she’s never done before: take a day off.

A mysterious sign, a lost diary, a daring journey down canyons of the West and across France in search of three voyagers from 1938.

Director Kat Hunt compels her friend Erica to take revenge on the men in her life in this experimental documentary.

A portrait of farmland in the Pacific Northwest, Abandoned Generations explores relationships with land and time in different generations. Told through the perspective of a female farmer in the 1940s, the film questions the distance that modern society has from the earth and how that relationship informs daily life.

The city I live is the city I die. The Ballad of Death is a hybrid film that uses real and fictional scenes to question different forms of urban violence.

A family of Ponderai Native Americans embark on a controversial journey through Yellowstone to exercise their treaty hunting rights. Bisonhead glimpses into the perpetual marginalization of indigenous life in the American West, and challenges expectations of what it means to assert a tribal heritage in the modern world.

An illegal migrant worker decides it’s time to move on from picking crops and find her father. Little does she know insidious supernatural forces have a different plan for her.

Church performers use the white face, subtle facial expressions and exaggerated movements of mime to worship Christ in this snapshot of a growing American liturgical trend.

A boyfriend’s jealous impulse spirals out of control in 16 minutes of romantic doom.

Logging and approximating a relationship between audio recordings of my father and videos gathered of the landscapes we have both separately traversed. The initial distance between the logger and the recordings, of recollections and of songs, new and traditional, narrows while the images become an expanding semblance of filial affect. Jáaji is a near translation for directly addressing a father in the Hočak language.

A missing cat witnesses the intersections of human life in a neighbourhood and meets a Lithuanian widow living out her final days.

Nami—which means ‘waves’ in Japanese—follows one day in the life of a Japanese immigrant widow, who journeys across Los Angeles to reach the ocean. She struggles with the loneliness of mourning and comes to terms with her place in the world without her husband.

A documentary about the cherished tradition of costuming during Mardi Gras in New Orleans and the small family-owned craft and fabric store which sustains it.

“There is a crack in everything, that’s how the light gets in.” — Leonard Cohen

He loved her and she loved him. El la amaba y ella lo amaba. Hearts of Palm is a myth about rotting love, invoking Miami’s mystical undercurrents.

Loosely inspired by Henrik Ibsen’s “A Doll’s House”, Spider Veins is a mercurial narrative about the reunion of two old friends.

Straight from its Festival del Film Locarno premiere, a lyrical short about religion and love.

A feature-length documentary about wilderness, mountain culture, and willfully living at the edge of poverty.

EOFF2016 will screen films at The Granada Theatre and The Historic Liberty Theatre throughout the weekend. Festival HQ will be located at 112 Depot Street and will provide box office, festival information, and will host evening after parties each evening of the event.

Festival passes are available for purchase online at www.eofilmfest.com and in La Grande at Blue Mountain Outfitter’s ( 1124  Adams Ave. / La Grande ). Passes allow you access to all screenings and after parties featuring EOFF2016 Music Line-up. General admissions available at the door. Complete schedule, film trailers, and more information about visiting La Grande for EOFF will be available online in the coming weeks.