A new film documentary about a unique Oregon summer camp makes its world premiere in Portland on October 16, 2016. 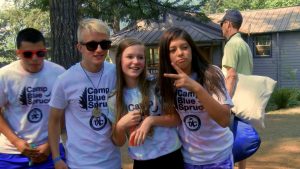 Tastes Like Freedom is the remarkable story of Camp Blue Spruce, a summer camp for kids with life-threatening food allergies. The food at Camp Blue Spruce is free of the foods that cause more than 90% of allergic reactions, including dairy, eggs, peanuts, tree nuts, shellfish, wheat, soy, gluten and sesame.

“For 51 weeks of the year, food is often a source of worry and anxiety for these kids and their families,” said Louise Tippens, Camp Blue Spruce founder. “At camp, we not only take the worry out of food, but we help kids develop skills to manage their food allergies and live independent lives.” 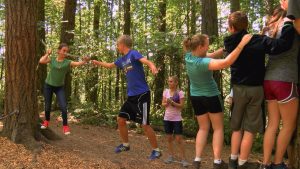 The film features a diverse array of footage from camp, including an outdoor square dance, swimming and canoeing, and a challenge course, as well as interviews with campers, parents. It also includes interviews with Scott Sicherer, MD, a professor of pediatrics at the Jaffe Food Allergy Institute of Mount Sinai School of Medicine in New York City and Kyle Dine, a musician that performs food allergy awareness songs at schools across North America. 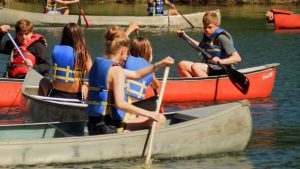 Camp Blue Spruce, which runs for one week in August, started in 2013 with 28 campers. It quickly outgrew its original location and now has 80 campers. Kids from Oregon as well as New York, Florida, Kansas, Pennsylvania, Wisconsin and British Columbia attended this year.

Tastes Like Freedom premieres on Sunday, October 16, 2016 at the Alberta Rose Theatre, 3000 NE Alberta in Portland. The movie plays at 3 PM and will be followed by a panel session featuring kids from camp. Admission is free but a $5-10 suggested donation is requested.

Tastes Like Freedom is directed by Eric Stachon and produced by Tara Johnson-Medinger. Both are Portland-based filmmakers. For more information, contact Eric at [email protected].