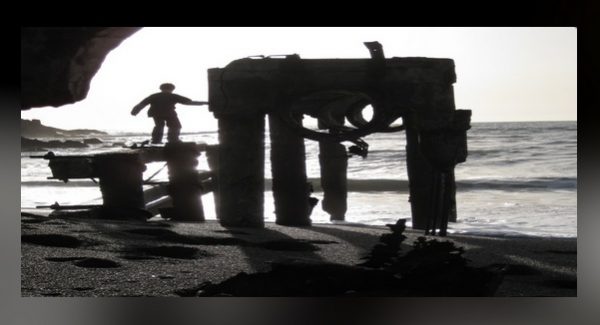 Cinema Project is hosting the filmmaker and musician duo Silver Ochre for the latest iteration of Who Are Us Tour 2016: Observations from the 21st Century American Road.

From March to November, 2016, Thollem Electric and ACVilla, otherwise known as Silver Ochre, are touring throughout the lower 48 states gathering visual footage and sonic influences, weaving them together in an attempt to capture the essence of this country at this moment in time. Cinema Project is hosting the Portland, OR event on May 22nd.

They are screening and sharing the results as they go, rotating new footage into the existing version along their way, an ever evolving movie accompanied by a live soundtrack. This project will result in eight 1-hour episodes and a final 2-hour movie.

The movie focuses the eye on the myriad points where people meet each other and their environment, a panoply of the unique and the common, the humorous and the tragic, every day idiosyncrasies and abstractions, undercurrents, hidden agendas and extreme creativity.