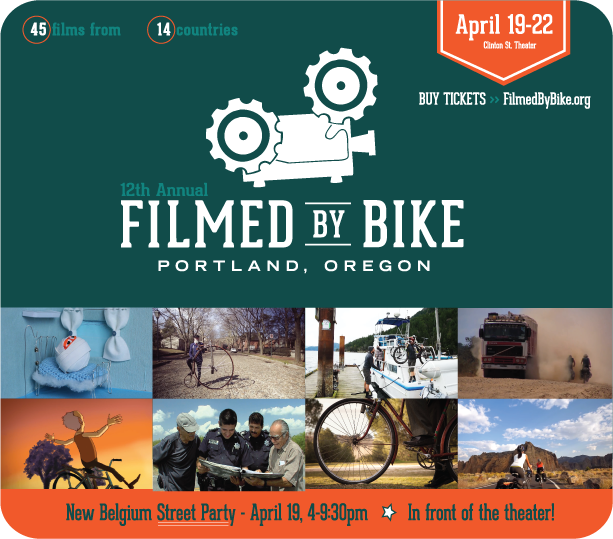 12 years later, all eyes are on Portland as areas around the globe – like Japan – look for sustainability inspiration, and bikes are certainly part of that equation. But the films showcased in the 12th Annual Filmed by Bike aren’t an introspective, pat-our-hipster-selves-on-the-back love fest of Portland film; 65% of the accepted films will offer an international perspective on bicycle culture.

Across four days, the festival presents five distinct film programs and a live storytelling night on stage at the theater.

The 12th Annual Filmed by Bike kicks off with a gigantic party in the middle of the street in front of the theater – all ages and free to enter. There will be a New Belgium beer garden, a DJ, contortionist acrobatics and a video storytelling booth where people can confess their deepest, darkest bicycle stories.