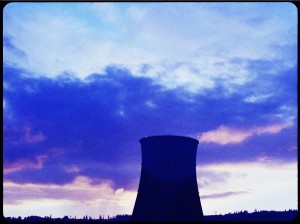 Portland, OR—The Northwest Film Center is bringing Portland filmmakers into the international spotlight through its presentation of the “Made in Portland” short film program, screening in Sapporo, Japan, as part of the 6th Sapporo International Short Film Festival and Market, October 5 – 10, 2011.

In 2009, the Film Center embarked on a collaborative partnership with its sister city colleagues at the Sapporo International Short Film Festival, presenting a program of Sapporo-produced short films at the Film Center’s annual Japanese Currents film series.  Now the Film Center is proud to likewise export its own homegrown talent by presenting the “Made in Portland” program at the 2011 Sapporo Short Fest.  The occasion marks the first time that the Film Center has been able to screen the works of Northwest filmmakers to a wider, international audience.

“Made in Portland” Short Film Program

The Northwest Film Center is proud to partner with the Sapporo Shorts Festival to present this program of classic and contemporary short films created by the talented filmmakers at work in Sapporo’s sister city:  Portland, Oregon.

Adapted from a story by William S. Burroughs, this early short explores a philosophy of simplifying one’s life by doing simple tasks correctly and effortlessly. (9 mins.)

Before Andy and John made the transition from friends to boyfriends, they decided the exact date that they would break up. (8 mins.)

TO REMEMBER THAT OUR SKIES ARE THE SAME SKIES
2008 | Director: Chris Lael Larson

Set to a poem by Antonio Machado and narrated by Alec Baldwin, this allegorical perspective on climate change offers a haunting and ultimately empowering view of our planet. (5 mins.)

Narrated by Miranda July, this experimental documentary examines the unintentional artistic implications of patterns made by the paint patches used to cover urban graffiti. (16 mins.)

A meditative landscape study chronicling the demolition of the Trojan Nuclear Facility near Portland. (5 mins.)

Portland animation studio LAIKA’S pre-film to their feature Coraline follows Leon and his pet squirrel Earl as they travel to the moon, where they meet Moongirl and fight an evil gargaloon. (8 mins.)

One of Rolling Stone’s 100 Best Music Videos of All Time, the Talking Heads song comes to life with lawn mowers, vacuum cleaners, and other suburban artifacts levitating through a shifting, color-xeroxed landscape. (4-½ mins.)

Shot on sun-drenched Super-8 Kodachrome, Summer Snapshot is a poetic reflection on the fleeting window of time between youth and adulthood. (11 mins.)

One thought on “THE NORTHWEST FILM CENTER PRESENTS “MADE IN PORTLAND” SHORTS PROGRAM IN SAPPORO, JAPAN”