The Portland Art Museum and Northwest Film Center are pleased to announce that Amy Dotson will be the next director of the Northwest Film Center. Dotson comes to the Film Center from the Independent Filmmaker Project (IFP), the oldest and largest organization in the United States championing the future of storytelling on all platforms, where she served as the Deputy Director & Head of Programming for over 13 years. 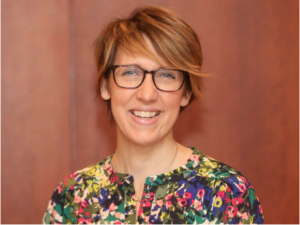