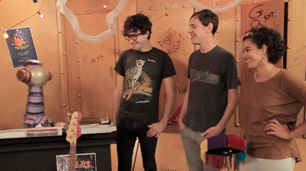 Backing local crowdfunding campaign grants access to a staged reading of the pilot script of “The Digits” new children’s PBS Show slated for 2015The Digits enlists help on Indiegogo to fund Greenlighted PBS series “Princess Fixit”Portland Oregon, April 23, 2014 . . . Now in its third season of filming, Scotty Iseri’s “The Digits” will turn to crowdfunding on Indiegogo for an exciting new chapter of the start-up’s adventures; Created in 2012 and funded independently since it began, The Digits has been granted 13 episodes on PBS stations. Continue reading... ““The Digits” Launched a Crowdfunding Campaign to Engage Public Ahead of the13 Episode Order for PBS 2015”