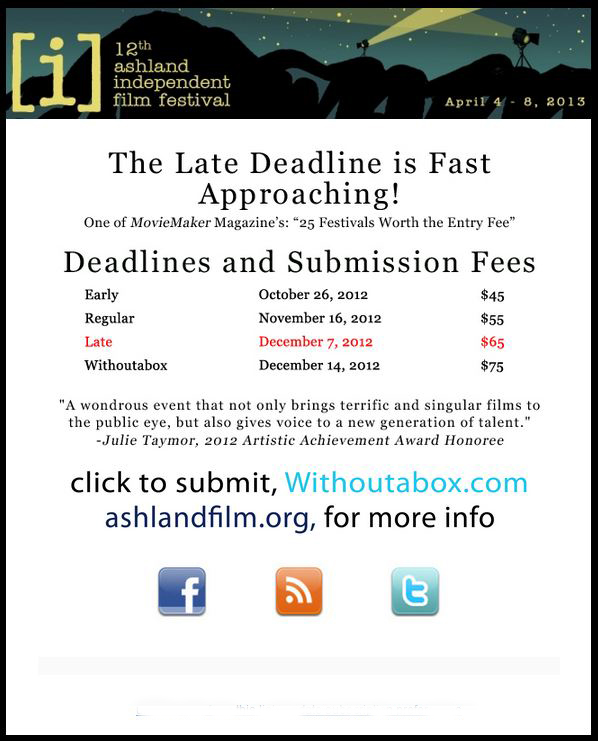 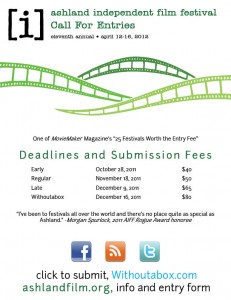 2010 marked a record year for films made in Oregon—and by Oregon filmmakers—to screen at the ashland independent film festival. For the upcoming 10th Annual festival, April 7-11, 2011, we are very pleased to include even more Oregon-made films, including our Locals Only program, and our Launch Regional Student Film Competition.

A number of AIFF alumni return to the festival this year. Portland-based Peter D.  Richardson (Clear Cut: The Story of Philomath, OR) returns to Ashland with How to Die in Oregon, winner of the 2011 Sundance Film Festival Grand Jury Prize; and Irene Brodsky (Hear and Now and The Final Inch) returns with the World Premiere of her account of the BP Gulf Oil Spill, Saving Pelican 895.   Continue reading... ““Oregon films well represented at the 10th Annual Ashland Independent Film Festival””