Now Screaming… er, Now Streaming! Southern Oregon’s Killer Valley Horror Film Festival has launched its 14th year of celebrating independent filmmakers in the horror film genre this October. Having their live event derailed by the ongoing pandemic, the team behind KVHFF has made their festival available to stream via their website over three limited weekend viewing windows. Each weekend highlights a unique block of horror films, with a bonus extended viewing of all three blocks on Halloween night (Oct. 31st).

Each film block consists of 12 short horror films (between 3-10 minutes long) and finishes with a 30-minute horror Featurette. The viewing windows begin at midnight (UTC) on Thursday and run through midnight (PST) on the following Sunday. This gives a little bit of bonus viewing time to international viewers and an early bonus window for local viewers in the festival’s home base of Southern Oregon. 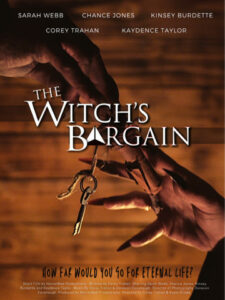 Film Block #1 runs Oct. 15-17th with the highlighted featurette, “The Witch’s Bargain,” directed by Corey J. Trahan. It is the story of a witch and her quest for a spell that will grant her eternal life. Says Trahan, “This short is rooted in a long history of friendships; a collective passion for dark arts and a general human need to connect over fearful topics such as mortality.”

Also included in this viewing block is “Koreatown Ghost Story,” starring Margaret Cho. This supernatural horror tale is based on a Korean ritual about a woman who entertains a macabre marriage offer that would let her pursue her dreams, for better or for much much worse.

Film Block #2 runs Oct. 22-24th with the highlighted featurette being an adaptation of the classic “The Tell Tale Heart” by Edgar Allen Poe. This film version is adapted and directed by McClain Lindquist, who outside of the film world happens to be an actual mortician. 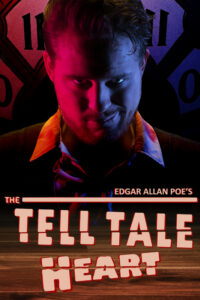 “This intense Movie was an ‘undertaking’ and helped me to release buried emotions and compartmentalized grief,” Lindquist says. His version of this well-known story is a psychological thriller, reimagined in a mind-bending, pulse-pounding, bloody-disgusting short film.

Also included in Film Block #2 is “The Fall,” from acclaimed director of “Under the Skin” (2013) and “Sexy Beast” (2000), Jonathan Glazer. “The Fall” is a powerful short film that invites its audience to project their preoccupations and interpretations, inspired by “The Sleep of Reason Produces Monsters,” an etching by Francisco Goya.

Another fun gem within the second-weekend viewing window is an appearance by Linnea Quigley, cult star of the 1980s, her most notorious role being that of Trash, the naked tombstone-dancing punk rocker in “The Return of the Living Dead” (1985). Quigley stars in “Keep Closed at All Times,” a micro-short directed by Herman Kerner.

For the third and final weekend, culminating on Halloween night, Film Block #3 includes “The Dentist,” a contribution from Southern Oregon local (and returning) filmmaker, Christian Nava, as well as a short film by Megan Duffy who appeared with Elijah Wood in “Maniac” (2012) and is a cast member of the Fear Initiative podcast from Blumhouse. Duffy shows off her directing chops with “What it Feels Like for a Girl.” 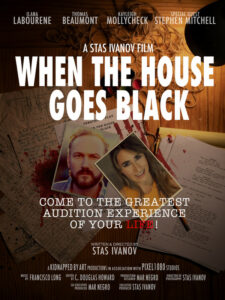 The highlighted featurette for Film Block #3 is “When the House Goes Black.” Directed by Stas Ivanov, a Russian-born American who began filmmaking at 10 years old in Siberia. Ivanov has honed techniques that span the style and craft of both of these countries’ leading cinema.

“When the House Goes Black” is a continuous one-shot esoteric film that follows two young actors as they try to break into an industry that merely views them as objects of entertainment. “Not breaking from the shot, the cinematography has a sense of immediacy that traps the audience along with the characters inside the audition room,” says Ivanov.

On October 31st, the final night of streaming, viewers get one final chance to watch all three blocks of films. If anyone has missed the viewing window of the previous weekends, or a true horror cinephile wants to binge nearly 5 hours of constant indie horror, Halloween night is their chance to do just that.

The films of 2021’s Killer Valley Horror Film Festival will be available for streaming on their official website only, at https://killervalleyfilmfestival.com. Following this virtual festival, in November the Killer Valley Team will launch their follow-up Comedy Film Festival, an entirely different genre experience, sure to delight and ease the stress that typically leads us into the winter holiday season.

For more information, or to follow on social media, please use the following links.

Created in 2007, the Killer Valley Horror Film Festival (KVHFF) was the brainchild of Randy Granstrom.