“Sixes” is an independent feature directed by Ray Nomoto Robison. It was shot over 15 years ago primarily in a warehouse in southern Oregon. It is one of the first totally digital feature films. 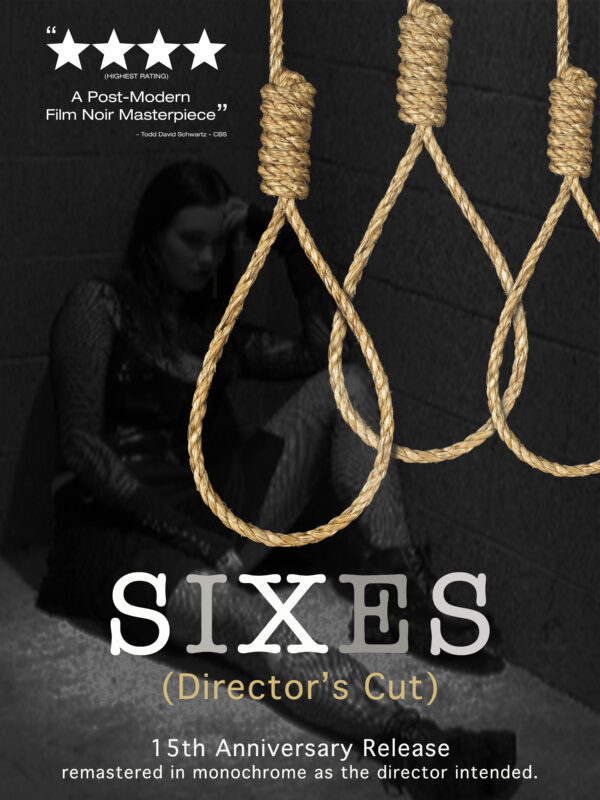 The 15th anniversary edition of Sixes releases this month. The film premiered at Dance with Films in Hollywood in 2006 to rave reviews – including this one from the late Todd David Schwartz of CBS Radio.

“A postmodern film noir masterpiece. If Rod Serling were alive,
this is the kind of film he’d be making. The film is stark, riveting
and unforgettable.”
-Todd David Schwartz, CBS Radio

After screening at several more film festivals, a couple distribution companies were interested in the film and Robison chose the one that seemed the most passionate about the film. That distributor took “Sixes” to the Cannes Film Festival and screened it there, but sadly in less than a year that distribution company folded. Eventually Robison was able to get the rights back and made the film available to stream on a few different platforms but by that time the momentum and buzz of its film festival success was gone. According to Robison “by then it was already a has-been especially since digital cinematography had gone Hi Def and “Sixes” had been shot in standard definition.”

“In my opinion, even though the clarity is not as great as today’s higher resolution films “Sixes” still holds up as an intriguing well-told story.” says Robison “I’m glad the film will get another chance to be noticed by film lovers.” Considering the bad luck it experienced on its original release it deserves another look.

You can find the Director’s Cut of “Sixes” on Amazon and other digital platforms.