Officially, the first Golden Age of Television spanned the late 40’s to the late 50’s. Since we’re ostensibly living through a Goldener Age of Television (which has certainly created far more hours and channels of product than the first one did) it seems only wise to remind ourselves of Oregon’s place in the first heyday of the small screen and the echoes of that past into our present. That’s were ROTLA creator and contributor Phil Oppenheim takes us this week.

As of the writing of this sentence, the Milli Fire, nine miles west of Sisters, Oregon, has grown to engulf 7,800 acres of the Deschutes National Forest.  The Chetco Bar Fire in the Rogue-Siskiyou National Forest has been declared a conflagration by the Governor, and now encompasses 31,000 acres.  The Nena Springs Fire, the 68,000 acre blaze on the Warm Springs Indian Reservation, is about 40 percent uncontained, and nearby residents are on alert to “Get Ready” to evacuate if conditions worsen.  There are many other wildfires plaguing the state, including the Belknap Fire at the Ochoco National Forest, the High Cascades Complex at Crater Lake National Park, and the Jones and Staley Fires at the Willamette National Forest.  Oregon’s dry, windy summer has made the state vulnerable to these fires, with only the heroic efforts of firefighters standing between the blazes and even greater tragic losses.

Oregon’s incendiary summers are nothing new, of course, and in 1960, the classic television series Route 66 used the state’s wildfires as nature’s punctuation to its human drama.

Route 66 was the groundbreaking show that followed the lives of two twentysomething buddies, Buz Murdock (George Maharis) and Tod Stiles (Martin Milner), who climb into a boss Corvette convertible and ride off in search of America — and find themselves.  It’s a justifiably acclaimed and beloved series, unique in both its use of real American towns as its weekly setting as well as its revealing tales of a nation in transition from the conservative ‘50s to the turbulent ‘60s.  Its standalone-episodic structure, in which the guys visit a different community every week, make it easy for casual viewers to drop into; its tautly structured drama, powerful performances by the leads and guest stars, and detailed regional portraits make it impossible not to binge.  You’ve got no reason not to watch a bunch of them.

In the episode “Legacy for Lucia,” a recently arrived visitor from a war-ravaged Italy panics and seeks cover after hearing a whistle in Wolf Creek, Oregon.  She thinks it’s an air-raid siren, and fears it might be announcing the arrival of the Luftwaffe.  Tod reassures her that it’s not, but is instead a warning for the local lumbermen to stop work for the day:

“I guess you’ve never heard of the Tillamook Burn of ’32?  Around here, that’s all they talk about.  Started from just one fella dragging a log, that’s how dry the air was.  Killed 12 billion feet of lumber, and a lot of people too.” 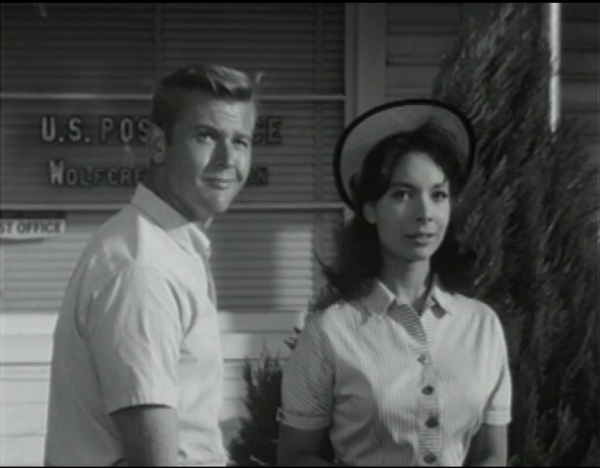 Tod was right to point out the dangers of the state’s aridity, and the entire episode effectively called the national TV audience’s attention to the catastrophic risks of forest fires, even if he got some of the details wrong.  Were he able to have Googled it for her, he’d have been able to explain that the Tillamook Burn refers to four different, massive fires that took place between 1933 and 1951, scarring both the land and the psyche of Oregon for decades — and ultimately leading to Oregon’s herculean reforestation project and the establishment of the Tillamook State Forest.  I’ll forgive Tod for not launching into a longer lecture about the Burn — the girl he’s talking to has other things on her mind, particularly the Last Will she’s holding that apparently bequeaths the entirety of the state of Oregon to her (it’s a long story) — but the episode certainly introduced the subject into American popular consciousness, and for that we can be grateful.

There’s a whole lot more drama that happens in this episode too, and we get to see the burly, Hell’s Kitchen-bred Buz both work at the lumber mill and slug a guy in a bar along the way.  But it’s the finale, in which the boys race against a hygrometer before the atmosphere becomes to dry to work the forest (and unintentionally spark a fire), that becomes its dramatic peak.  Its suspense will definitely keep you from touching the dial (or it would, if your flatscreen, computer monitor, or smartphone had a dial like TVs did in the ‘60s). 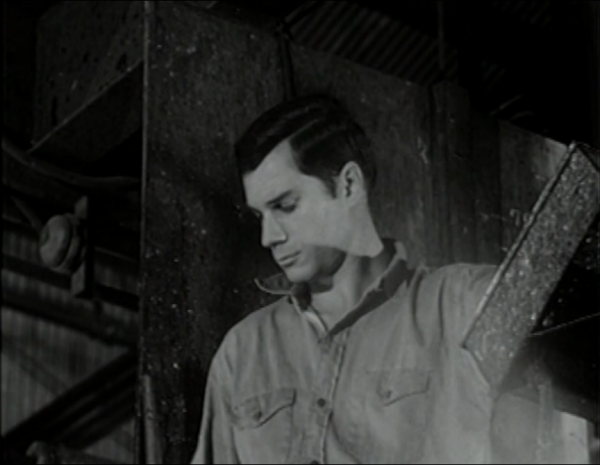 Buz works the lumber while Tod gets the girl.

Buz and Tod visit Oregon in other episodes of Route 66, and you can bet we’ll come back to the series in other installments of Raiders of the Lost Archive.  In the meantime, though, you can read more local coverage of the show from Joseph Rose’s great pieces in The Oregonian (covering episodes set in Oregon City and Astoria).

Watch: “Legacy for Lucia,” Route 66, streaming for free on ShoutFactory.com and by subscription on Hulu.

Listen: Sufjan Stevens’s melancholy “Fourth of July” asks the mournful question “Tell me, what did you learn from the Tillamook Burn?”  From YouTube.

Follow: The real-time Oregon wildfires map, from The Oregonian.

Fun factoid:  The British director of “Legacy for Lucia,” Philip Leacock, helmed another series shot in our state, The New Land, in which central Oregon stood in for 19th century Minnesota (and perhaps best known for its theme song, sung by John Denver).