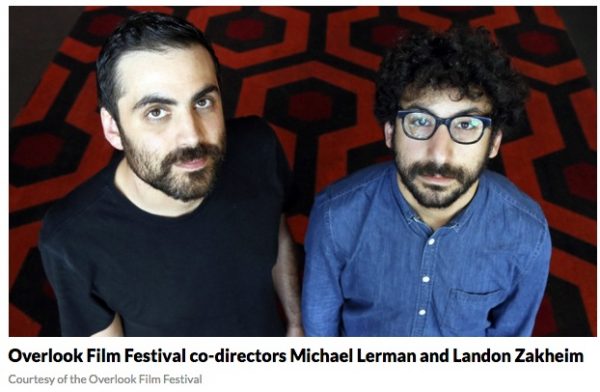 The Overlook Film Festival is about to begin (April 27-30) at Timberline Lodge, on the flanks of Mount Hood.  The lodge exterior stood in for the fictitious “Overlook Hotel” in Kubrick’s ’80’s classic horror movie, “The Shining“, and has drawn fans from all over the world to see the impressive pre-WWII 1930’s building.

The festival will be “presenting superior film programming with an expanded focus on experiential events, the festival showcases exciting new work in new and classic independent horror cinema alongside the latest in interactive and live shows for a fully immersive weekend. As a summer camp for genre fans, The Overlook is a community event bringing the best of horror in all its forms to an enthusiastic and appreciative audience within an intimate and inspirational environment.”

Passes and packages are now available.