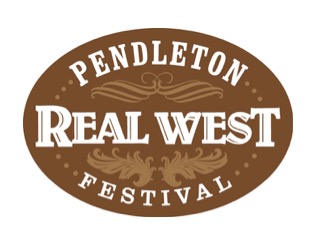 The Festival opens Thursday, April 16 with THE WINDING STREAM: THE STORY OF THE CARTERS, THE CASH’S AND THE COURSE OF COUNTRY MUSIC. The film is labor of love from Vancouver, Washington filmmaker Beth Harrington that digs deep into the story of the roots of country music with exceptional archival footage and one of the very last interviews with Johnny Cash. Harrington will present the film and also show her 2001 film, WELCOME TO THE CLUB, a documentary about the founding women of rockabilly.

Additional Northwest filmmakers Sue Arbuthnot and Richard Wilhelm present their documentary, DRYLAND, which follows an Eastern Washington family through the dilemmas of contemporary farming and their participation in the annual Lind, WA Combine Demolition Derby. Former legislator-turned-filmmaker, Jason Atkinson’s THE RIVER BETWEEN US tracks the controversial water rights dispute in the Klamath River Basin through interviews with tribal leaders, farmers and activists with a stake in Southern Oregon’s future.

The Confederated Tribes of the Umatilla Indian Reservation are sponsoring the Festival and showing two short films at the Tamástslikt Cultural Institute near the Wildhorse Casino, SKATEBOARD NATION and CONCRETE POWWOW. which explore the popularity of skateboarding in the Native American community.

The Festival will crescendo on Saturday night at the Pendleton Elks Lodge with a special screening of the classic 1952 Robert Mitchum film, THE LUSTY MEN, which was partially shot in the Pendleton Roundup arena. Directed by notorious maverick filmmaker, Nicholas Ray (REBEL WITHOUT A CAUSE), the film follows its characters through the rodeo circuit from Texas to Pendleton and explores the tough side of rodeo life. This screening will be followed by a special performance by THE EARNEST LOVERS, an Ernest Tubb inspired Portland-based band belting out original songs in the classic country style.

Local Pendleton filmmakers Cedric and Tania Wildbill present their film, AMERICAN COWBOYS, Saturday, April 18 at the Pendleton Cinemas. The documentary follows early Pendleton rodeo stars, Jackson Sundown, a Native American, and George Fletcher, an African American, and the legendary 1916 Roundup where both officially lost to an undeserving white man, before the crowd present gave voice to their outrage and declared Fletcher’s outstanding performance the winner and auctioned off parts of his hat right there in the arena to raise prize money for the “People’s Champion.”

With the support of the Pendleton Elks Lodge and its event manager, Billy Turner, the festival will also include a Pancake Breakfast Saturday the 18th (8:30-11am) and a Chuck Wagon Dinner later that day (5:30-7:00 p.m.).

Pendleton Real West Festival Director and Programmer, Thomas Phillipson, has helmed dozens of festivals at the Northwest Film Center / Portland Art Museum in Portland, Oregon for nearly two decades. He comes to Pendleton with a deep knowledge of work by Northwest filmmakers and a lifelong love of classic cinema‑ including Classic American Westerns. He can be reached at [email protected].

The entire film lineup is available at www.realwestfest.com. Advance tickets will go on sale Wednesday, April 1. Films will play at the Pendleton Elks Lodge, The Pendleton Cinemas, The Prodigal Son Brewery and the Hamley Slickfork Saloon. General admission film screening tickets are $10, music is $5 and a Festival Pass, that includes admission to all films and music events, is $50. Tickets purchased at the door day of event will be cash-only.