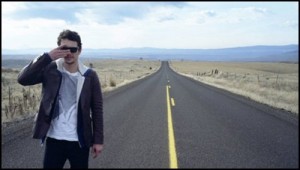 On September 25 Gus Van Sant and James Franco will be at the Hollywood Theater to screen their film “My Own Private River” which is a re-imagined look at Van Sant’s classic film ‘My Own Private Idaho”.  After their collaboration on “Milk”, Gus shared with Franco the original dailies from the film and the two came up with the idea of re-cutting the film.  For more details on the event go to the Hollywood Theater website.

The film recently was shown at the Toronto Film Festival and received largely positive reviews.