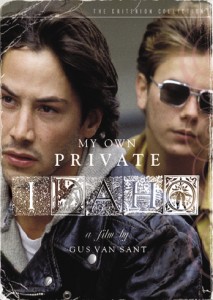 Gus Van Sant will be making the trek up to Toronto next month for the Toronto International Film Festival, where he’ll be contributing an installation commemorating the twentieth anniversary of the cult classic “My Own Private Idaho.” Released in 1991, “My Own Private Idaho” stars River Phoenix and Keanu Reeves as young hustlers on the streets of Portland.

The installation, entitled “Memories of Idaho” and created in conjunction with James Franco, will screen as part of the festival’s Future Projections, described as, “A new film frontier outside the cinema space where moving images become art throughout the City of Toronto.” Continue reading... “Gus Van Sant and James Franco present “Memories of Idaho” at TIFF”