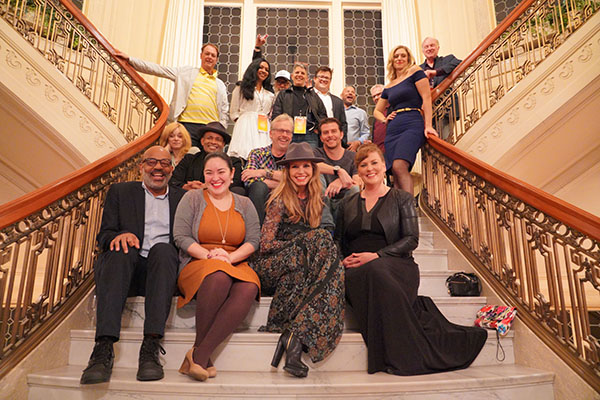 “Our program is coming along splendidly and we’ve found a few tracts that will be of importance including films spotlighting veterans, Indigenous and LatinX voices and stories of activism,” added Leake. “Last year over 52% of our films were from female directors—we had more female directors than any other festival in the state—it’s an important goal of our festival to better represent our growing and changing population.”

“With over 1400 visiting directors, actors and local industry members last year, our audience watched movies with the people that created them. And this upcoming year won’t be any different,” added Leake.

The annual Portland Film Festival will take place October 14th – October 20th, 2019 Last year’s festival was held at Portland’s newest creative building called Custom Blocks. This year’s location has not been announced yet, but the program will include over 28 narrative and documentary feature films, 54 short films, over 10 educational panels & forums, archival screenings, as well as events, parties & industry networking opportunities.

Passes are now on sale at the lowest prices of the season until December 31st for our end-of-the-year discount. For more information, visit portlandfilm.org.

Films screened at the Portland Film Festival are reviewed through an open call for submissions. Last year, over 97% of the films selected were by blind submission. If you have a film you’d like the festival to consider, please submit your film today.

In 2018, the Portland Film Festival screened at least one local feature every day of the festival as well as several shorts blocks exclusively with Portland area filmmakers. Don’t miss out on your opportunity to get involved with the community!