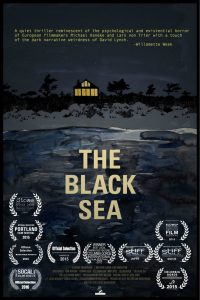 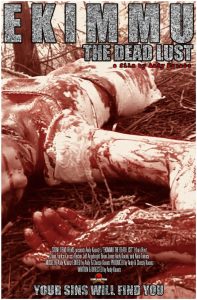 Filmmaker Andy Koontz’s debut feature Ekimmu/The Dead Lust will screen at the Clinton Street Theater on Saturday May 6th as a double feature with Brian Padian’s debut feature film The Black Sea Movie. Both films were made independently and took over a decade to be fully realized with minimal resources. But the films share something else in common: both directors are also brain tumor survivors. “We met online and realized we had these things in common and wanted to have a screening to celebrate cinema and being alive” says Padian.

mysterious young woman lying along the dark roadside, unaware of the evil she contains.

THE BLACK SEA is part thriller, part existential tone-poem and concerns 5 friends at a beach house on the Oregon Coast and what happens before and after one of them disappears.

Both Koontz and Padian will be present for a Q & A after the screenings which is set for 7 pm Saturday 5/6 at the Clinton Theater located at 2522 SE Clinton St, Portland, OR 97202